Established by Benjamin Beneteau in 1884, Beneteau yachts is the largest producer of yachts in the world, and was founded in France. With 40 different models on offer, Beneteau yachts covers every market niche, including motor and sail. Search Beneteau yachts for sale below and find the vessel of your dreams.
Home » Yacht Builder » New and Used Beneteau Yachts for Sale

Beneteau Yachts, now the largest producer of yachts in the world, was founded by Benjamin Beneteau in 1884 in the Atlantic coast fishing village of Saint Gilles-Croix-de-Vie, France. Benjamin Beneteau was a shipwright who started out making tuna boats and sailing trawlers, and in 1964 Benjamin’s two grandchildren, Annette and Andre, diversified the company with the introduction of fiberglass sailing yachts. Still in the family today, Beneteau is one of the oldest family-run boat-building yards in the world. Today, thousands of Beneteau’s sailing yachts navigate the oceans, seas, lakes, and rivers with 40 different yacht models to offer, covering every market niche. Beneteau provides a wide range of sailing yachts ranging from small boats, like the Beneteau First 14, to big boats such as the Oceanis Yacht 62. Beneteau also offers a wide range of motorboats, such as the Gran Turismo 40 and Swift Trawler 44.

After four generations of pioneering, Beneteau has grown from 17 to 6,000 employees and has separated themselves from their competition by building more than 5,000 boats annually. Fifty years ago, Beneteau was a small family-owned company that made fishing boats in a French village. Now, thanks to their continued commitment to innovation and staying true to their founding values, they have transformed into the world’s largest producer of yachts and commands a substantial share of the international marine market. The company is a global leader of sailing yachts and motorboats, with have 400 dealers and 80,000 owners. The yacht builder has won various innovation and design awards, leading the industry with advanced technology. Their reputation for building some of the most sought after pleasure yachts is still strong today, especially with the launch of new yacht models. Beneteau Yachts is one of the top three sailboat yacht builders in America. Find Beneteau yachts for sale on the world’s most trusted MLS for yachts and boats for sale – YATCO.

All New and Used Beneteau Yachts for Sale 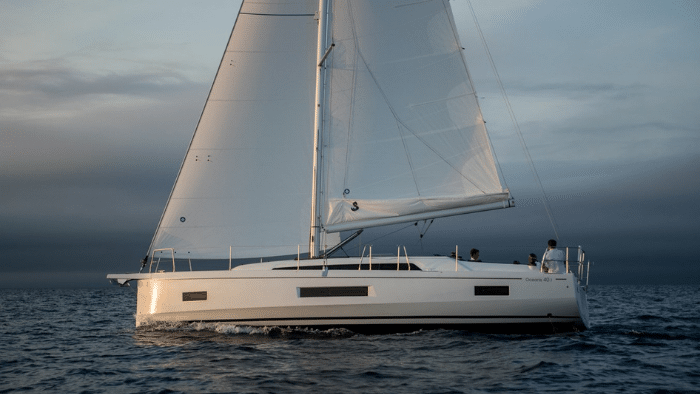 The Beneteau OCEANIS 40.1 is a sailboat with zero concessions to performance. The cruiser offers unrivaled deck volume, interior space and is available in different layouts, drafts and rig options.