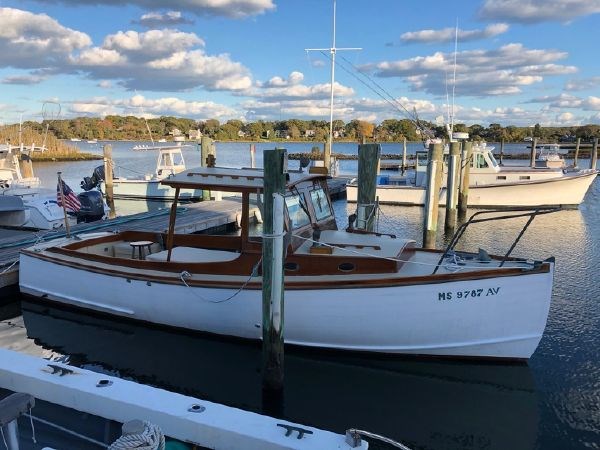 General Description
Kittiwake was designed and  built in 1952 by Erford Burt, original owner of the boatyard where she is now. She has oak frames and has been re-planked in Wana, a South American hardwood. The topside trim, rails, coamings and cabinsides are mahogany. Her decks are plywood covered in Dynel and sealed with epoxy.She has two 25 gallon gas tanks, both being made of Monel.