RCD Status: The yacht conforms with the essential safety requirements of Directive 94/25EC or RCDII (2013/53/EU as appropriate (Recreational Craft Directive) and is categorised A

Description of layout from forward:

A Noreaster that blew through Annapolis last October sent dozens of boats ducking for cover, including boats that had been scheduled for sea trials in the days after the United States Sailboat Show. Yet the same weather, beginning at 30 knots, then diminishing to 20, presented ideal conditions for our test sail of Guadalupé, a Bestevaer 60 produced by K&M Yachtbuilders in The Netherlands. "This is typical sailing for us," said Eeuwe Kooi, president of K&M. His company builds semicustom aluminum-hulled sailboats that are as suited to the big squalls and the big seas in the North Atlantic as to the loveliest shallows where the water meets the shore. Gerard Dijkstra's designs for K&M meet three criteria: They are eminently seaworthy; they're outfitted with centerboards for shallow anchorages; and their accommodations afford sumptuous protection from the elements. Aesthetically, two aspects of the traditional-looking Bestevaer 60 drew us in: her fine clipper like bow and her cabin top that's so low in profile that there is no visual interference with her lines. She carries a high-aspect masthead rig with two stays for either a genoa or a working jib. Deep bulwarks and stainless-steel rails instead of lifelines contribute to the secure feeling you have working on this deck with the fall wind chill plunging into the 40s F, we sat on comfortable settees in a cabin that provides 360-degree visibility through bulletproof glass. The combination of 5 millimeters of polyurethane foam sprayed inside the hull and a lined engine compartment provide insulation that effectively deadened the sounds of waves slapping the topsides and of a 135-horsepower Perkins diesel. While motoring out of Spa Creek toward the Chesapeake at 7.2 knots, Guadalupé nimbly negotiated a slalom course through long rows of crab pots. Then the fun began. Since she was rigged for sailing shorthanded, hoisting a full-battened mainsail and unfurling the jib were a matter of simply pointing her bow into the breeze and pushing buttons. Within seconds we were close hauled, heeling 12 to l5 degrees, with the GpS still registering 7.2 knots. Her centerboard, which drops to I 1.5 feet, provides lift and tracking while under way; she tacked through 85 degrees. Steering from the leeward rail with two fingers on the wheel, I felt protected and had a clear view to the telltales. Carrying a touch of weather helm, she felt powerful, as we'd expect from a 60-foot cruiser, but also livel% as though anxious to take bigger bites out ofthe breeze. Kooi will build accommodations do suit individual taste. Guadaluple dining area is two steps below the cabin in an area surrounded by teak and white ceiling battens. Owner's quarters forward are in a stateroom with two berths and private head. The cabin settee converts to a berth, and a second head is located amidships. But her aluminum construction allows other layouts. Though we were clad in multiple layers of fleece and foulies, she was clearly in her element during our test sail. We envied the crew preparing to deliver her south. 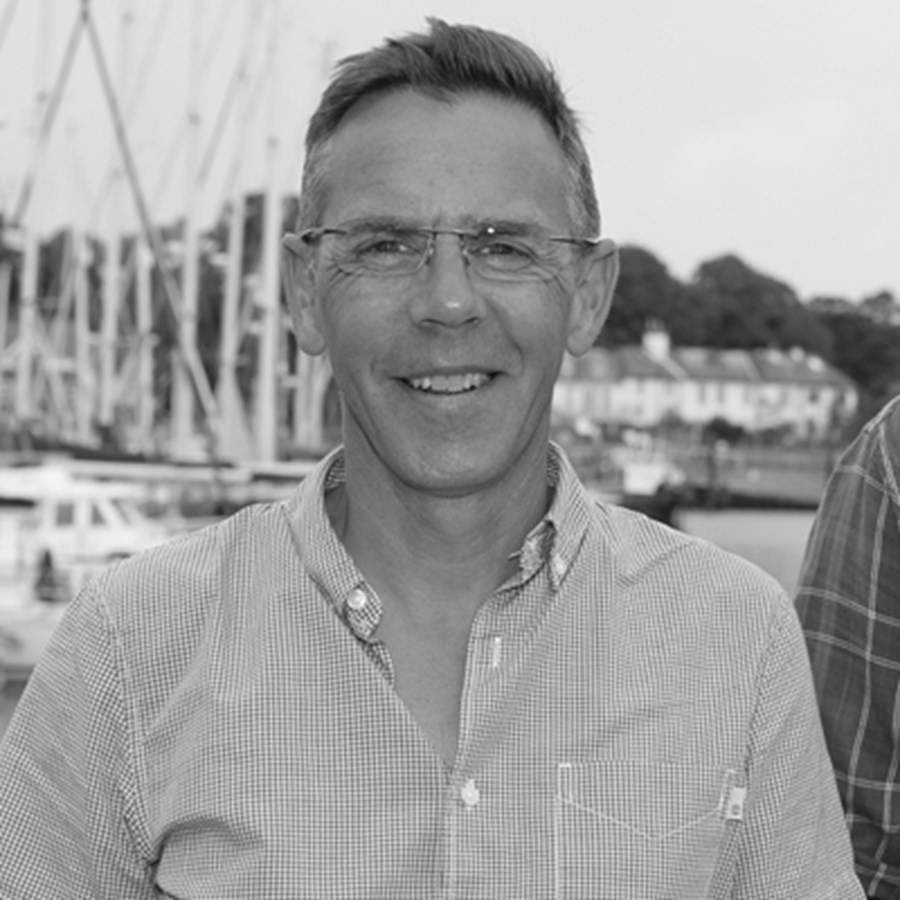