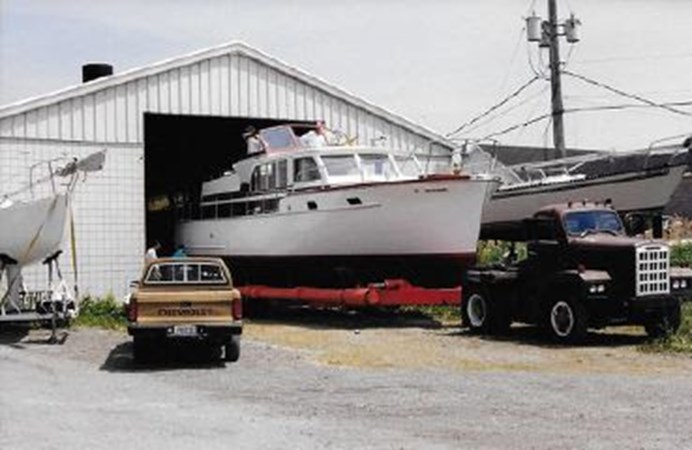 There are Matthews 42’s and then there is this one. When the Sellers purchased here she had very little use (600 hours on the engines) she was always boat-house stored thus the boat was in almost perfect original shape at the outset of the project. What took place was a complete keel up restoration. Highlights include re-chroming of all fittings (all ss fastener heads were polished so as to shine like the new chrome), replacing the original canvas deck covering with light fiberglass cloth on cabin top and foredeck and replacing the canvas on the bridge deck with teak decking. In addition on the bridge a radiused coaming was added around the periphery of the deck to keep water from laying in the joint as well as making a very beautiful addition. The aft bulkhead was modified during reconstruction with a radius at the top to match the bridge deck coaming as well. An additional hatch was added to the aft deck to provide storage for lines and fenders. The teak side decks were removed, the underlying plywood was replaced and fiberglassed over. The teak was run through a planer to clean it up and then reinstalled.

Both steps from the side deck to the foredeck needed attention and were completely rebuilt. The windshield was replaced along with all the windows in the entire boat. Window frames were rebuilt as needed. Cabin sides, cabin top and foredeck were re-finished using Awl Grip. The exterior brightwork was stained and re-varnished with around 15 coats of Epifanes. Much of the interior was repainted at this time as well.

Two years later the Phase II restoration began. This took 4 very long years.
With the topside restoration. Much of the bottom planking was removed. New planking installed where necessary and otherwise reinstalled. Old caulking was removed from the entire bottom and all seams re-cottoned and caulked with modern adhesive sealant (Detco).

Inside a re-design and complete remodel of the galley resulted in a custom refrigerator and refrigerated cooler constructed utilizing space in the main saloon making the galley much more functional. In addition cypress decking, mahogany trim on all cabinets and galley table, beadboard on the walls, new stove and faucet, new headliner, many previously painted surfaces stripped, stained and varnished were all part of the project.

The upholstery for the dinette remains original amazingly enough. Perhaps most importantly the electrical system in the boat was redesigned by a naval architect to fully comply with ABYC standards and was completely replaced including custom construction of a new main panel.

The boat has the original Onan generator which is fully functional.

She cruises comfortably at 15 knots consuming around one gallon of gas per hour.

The hull design is very sea kindly offering a nice ride in conditions which others may find uncomfortable.

This is a very good boat, not just a good old boat.

Over the years since the original restoration everything possible has been done to keep the boat in pristine condition.

Small areas of rot have been assiduously attacked whenever found.

In 2016 the transom frame was found to be suspect and was removed and replaced (500 hour project involving among many other things laminating and steam bending the new oak frame.

The cabin sides were re-awl gripped in 2017.

Varnish is an ongoing project with a schedule worked out over the years in which about 2/3 of the boat is revarnished each year.

A few years ago the main saloon was stripped of its original pickled brown finish, stained and varnished.

A new Benmar autopilot was installed in 2017.

Topsides have been re-caulked as an ongoing project and have been repainted as necessary.

The port topside is scheduled for a repaint in the spring of 2021.

The teak decks were originally refinished with Sikkens but we were unsatisfied with the durability and esthetics so about 5 years ago the side and aft decks were stripped and now two coats of SEMCO are applied each year. This has worked out very well.

The top canvas was replaced about 6 years ago and is in very good shape.

The canvas configuration also includes a kind of camper top surrounding the bridge deck which has been maintained over the years and although old is still very usable. The bottom is painted every year and remains in great shape. 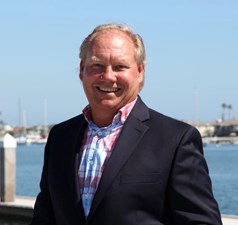