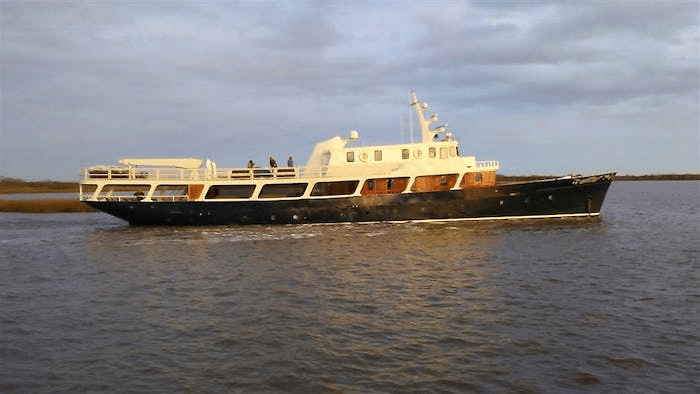 The demand for yachts has been growing, and more and more ocean lovers find beauty in sailing. No matter the big number of yachts on the market today, just a few make history like the ones surviving decades and even centuries. In this article we will take a look at another legendary vessel that has been sailing since 1920. Namely the classic motor yacht Grey Mist. A few motor yachts have survived for such a long period, and this beauty is one of them.

Owning the Motor Yacht of His Dreams

The story of Grey Mist started with a dream. Mr. H. N. Anderson had imagined owning a vessel like her. His dream was realized by the renowned shipyard of Camper and Nicholson in Gasport just the year after the First World War. Grey Mist is a beautiful 127 foot classic motor yacht with five staterooms and a classic, clean interior. For a period of nineteen years the vessel changed ownership three times. In 1939, the stunning yacht was purchased by Lady Maud Burton and her partner Ronald Rothbury Burton. However, with the beginning of the Second World War, the new owners could not enjoy the yacht for long. 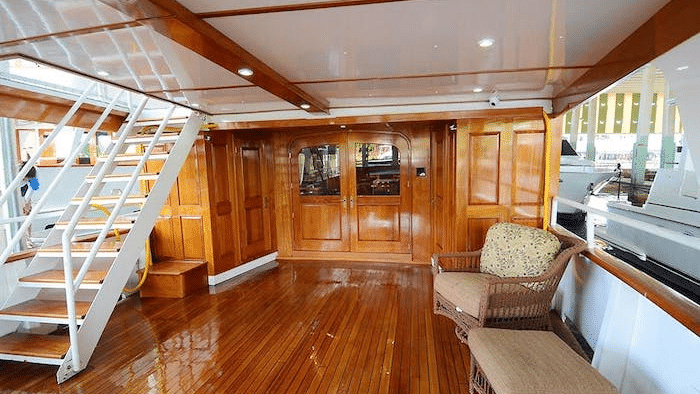 On Military Missions: The Dunkirk Evacuation

Grey Mist was requisitioned by the British Royal Navy to be used during the war for military missions. In the spring of 1940 the classic motor yacht was sent to the northern coast of France. There she was used as a wireless radio link, which was serving the troops defending the French town of Boulogne. In May of that year, the yacht commander reported the invasion of the German forces. This is the time when Grey Mist was really needed. She had to save the life of hundreds of British soldiers and bring them back to the coast of the United Kingdom. This exact case is actually the famous Dunkirk Evacuation. For those of you who have not watched the movie about that battle, we recommend the recently made film of Christopher Nolan from 2017 “Dunkirk” which represents the battle, the time, and the sea. Back to reality after the evacuation until the end of the war, Grey Mist was used as a signal ship. 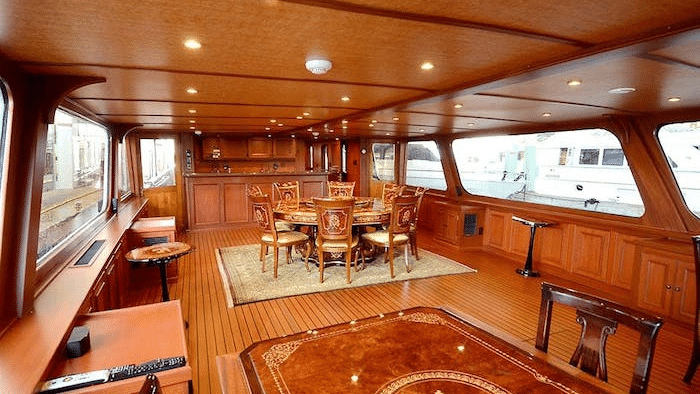 After the war, the Camper and Nicholson classic yacht was given back to her owners who now had the time to enjoy her for six years. In 1951 the new owner took her from the British Registry and renamed her Marina II, fifteen years after he purchased her. A little is known about the voyages of Grey Mist after that time. For a period of almost thirty (30) years she probably carries some interesting stories, but no evidence is available about that period. In 1993, the current owner found her in South Africa under the name Dorita. She was not in very good condition, but the new owner recognized her real beauty and potential and took five years to repair her and prepare her to cross the Atlantic. In 1998 M/Y Dorita made her trip from South Africa to the American side of the Mexican Gulf. Her name was back to the one she was born with – Grey Mist. In 2003 a new huge refit was started to bring her back to its glory from the beginning of the 20th century when she was manufactured. The Camper and Nicholson motor yacht was equipped with modern machinery and electronics, a new stunning updated interior and now presents comfortable five-star luxurious accommodations.

Grey Mist is one of those classic motor yachts which are not only a great value for money due to their excellent quality, but also because she has a story to tell she is a living legend of the seas.