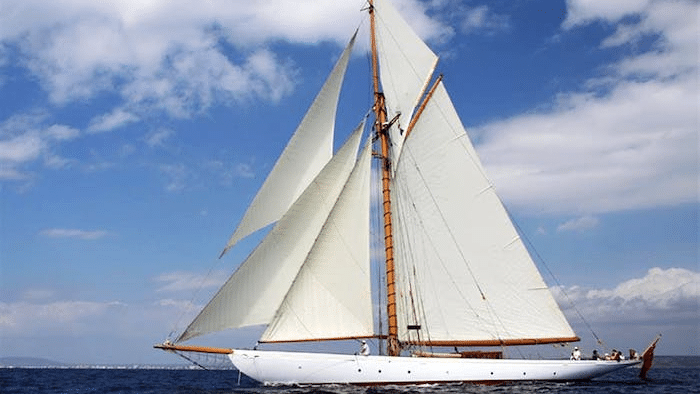 Merrymaid is another gracious classic sailing yacht worth admiring. She was born in the spring of 1904 in Gosport. The fine vessel was a result of the spectacular work of the naval architect Charles Nicholson – one of the sons of Ben Nicholson who was the first generation of this family involved in the development of the Camper and Nicholson shipyard. Charles was a respected designer able to unite elegance and speed in a yacht. She is a 34m gaff cutter still cruising the oceans today.

Not long after the launch, the stunning sailing yacht got into a number of competitions including the Dover Race and The Clyde Fortnight Race. The exact same year she won the King’s Cup in front of the eyes of the king at that time – Edward VII. The vessel was turning heads with its grace and fast speed for its time. 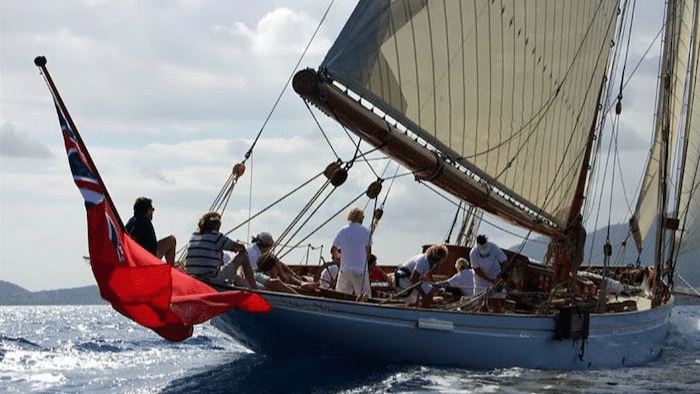 Hidden During World War I

Just one year after being built, her initial owner, Thomas A Hardcastle decided to sell this classic sailing yacht, but not long after he got her back and was her proud owner until 1919. Throughout this period, the gaff cutter was transformed into a ketch and her new top speed was 7 knots reached thankfully a six-cylinder engine with 60hp. At this speed, the Camper and Nicholson yacht could easily cruise to the Norwegian fjords where she was hidden during the years of World War I.

Racing Against Other Legendary Sailing Yachts

Under the new ownership of Elizabeth Workman and Merrymaid’s designer – Mr. Nicholson, the classic sailing yacht underwent a variety of yacht improvements which brought her back in the Big Class and she could race against winning legendary yachts. In search of more improvements for the vessel, the owner and designer had to experiment and decided to install a Bermudian mainsail which made her the first yacht built in the United Kingdom with such a rig. 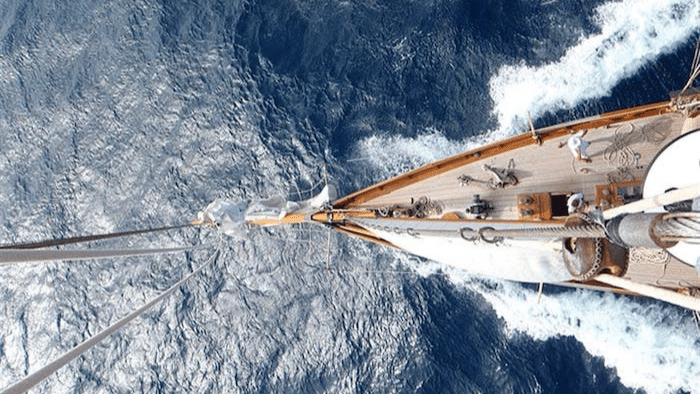 Changing Ownerships Is Taking Its Toll

Although she put a big effort in making Merrymaid a better yacht, Elizabeth didn’t keep her for too long. The vessel changed various owners, raced in a long list of prestigious races until the start of the Second World War. For almost twenty years, Merrymaid didn’t have those old glamorous days. She was getting different owners, and being kept in mud berths in different areas in UK.

In 1963 she was bought by Roy Squire’s family and they became her saviors by fixing any issues she had. She was able to float again and became one of the favorite places for her loving family, which used her as a second home for half a century. Only in 2001 a new owner started restoration with the idea to get back the condition of the boat to perform what she was made for. Unfortunately, soon after the process started, the new owner died and the refit could not be completed. Four years later, Merrymaid got sold at an auction. The new ownership was beneficial and in 2008 the yacht started to cruise again. 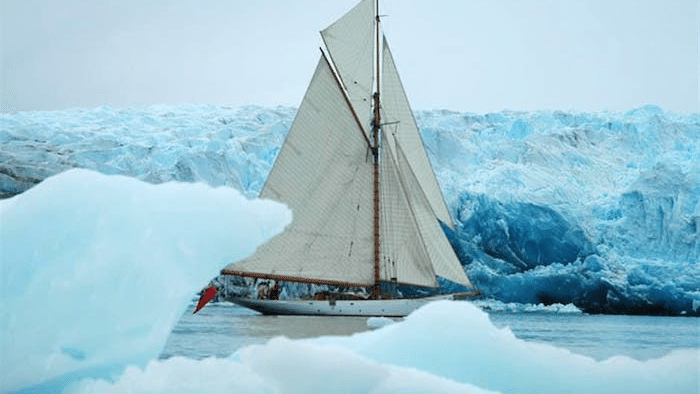 Years of circumnavigation followed including numerous ports in the Mediterranean, Caribbean, South America, French Polynesia, Australia, New Zealand, Asia, Africa and back to Europe. In her mid-age, Merrymaid didn’t have her best years, but in the last ten years she has been cruising the most amazing destinations all over the world.

Today this classic Camper and Nicholson yacht offers luxurious accommodation for six guests and six crew members. She is one of the most stunning yachts offering adventure in style. Cruising on board Merrymaid is like time travel back to the beginnings of the 20th century.