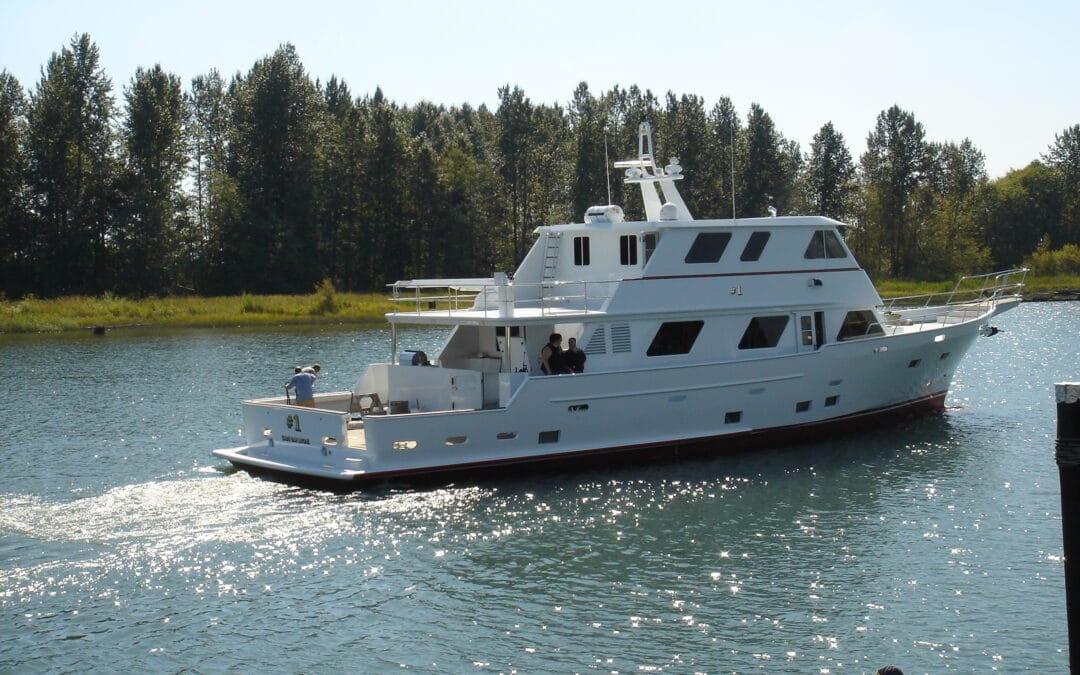 YATCO spoke with renowned naval architect Patrick Bray of Bray Yacht Design And Research Ltd. on his most unusual experiences with a new build, and he let us in on some atypical requests from owners. Read more below on what he experienced.

A new build project is always interesting. Despite the best efforts there can be the occasional detail which has slipped through the cracks. In such a situation the shipyard or even the client is willing to step in with a solution. Generally, these are spur of the moment, off the top of your head solutions.

The Costly Changes on an Ocean Sportfish Yacht

We were building a large ocean sportfish yacht for a client. He looked at the huge cockpit and thought that the side coamings were too tall, that 24” coaming would make it easier to get the fish onboard. He asked the yard if they could cut down the 32” coaming to which they answered of course. There was no discussion with us, and I was extremely surprised when I saw how much they had been lowered, it was definitely not safe for an ocean-going vessel. The client was even more surprised when the yard gave him the bill for the charge order. The client was envisioning something under $1,000 when in fact it was far more than that, and far more than he was willing to pay for an off-the-top-of-his-head request.

How “Small” Improvements May Create a Huge Negative Impact

On another project, we were building a long-range motor yacht for a client, fitted with a bulbous bow. The hull plating was 5/16” steel and the bulb was to be similar thickness. The supplier for the dome end of the bulb could not fabricate material thicker than ¼” so the yard decided that they would put on two layers of ¼” plate just to be safe. When I asked them about it, they said that submarines have over 1” plate on their bows (what???????????). That boat also had a series of “good ideas” which involved moving all kinds of major weights forward in the boat. When it launched it was bow down and the yard and client were very surprised. Actually, we were too until we became aware of all the “small improvements” that had taken place. The yard did not see the need to consult us and the client did not see the need to pay us for ongoing changes. It cost considerably more for us to find a solution and have the yard implement it.