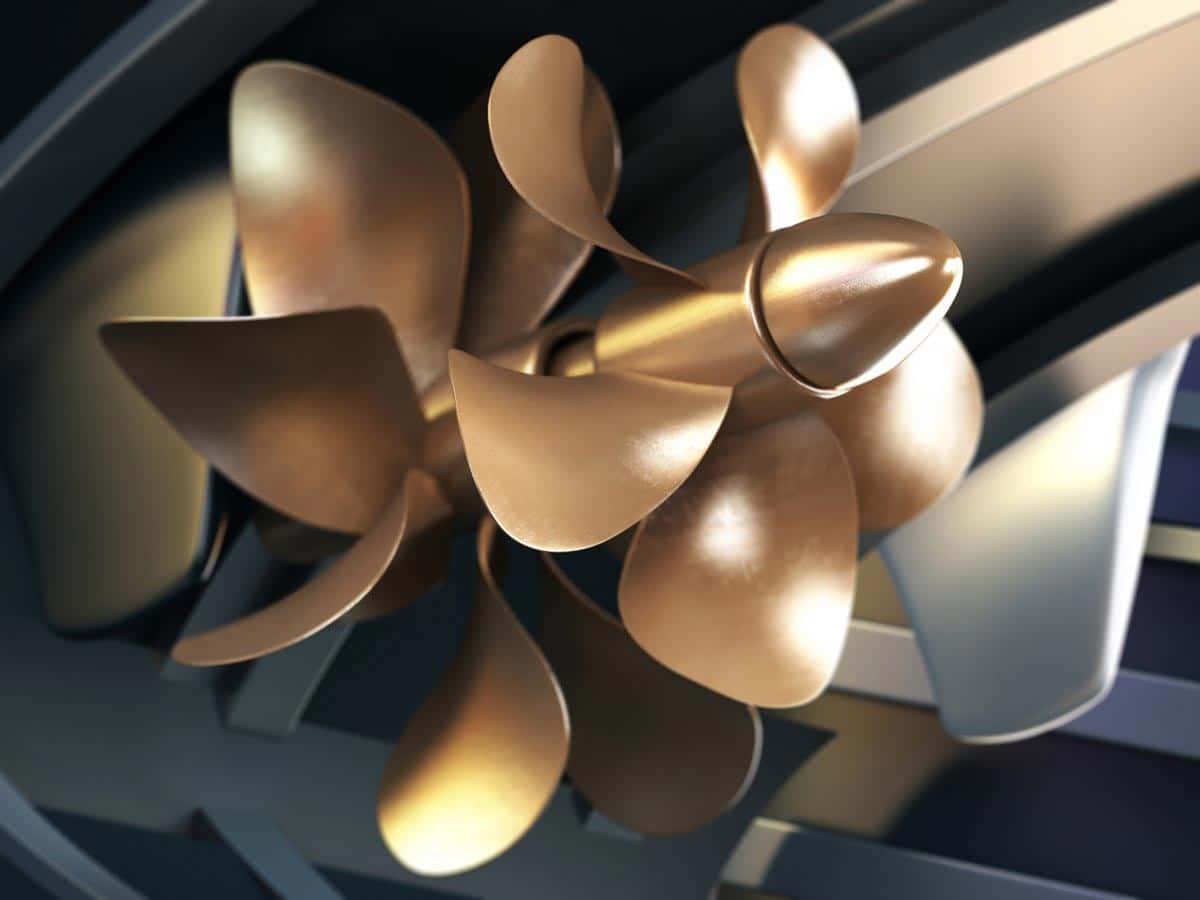 In this article we will compare the two popular pod drive systems – Volvo IPS and Cummins Zeus. But first, what is a Pod Drive?

What Is A Pod Drive?

The Pod Drive was introduced in 2006. Since then the pod drive has been considered as one of the most successful propulsion systems at all times. We can look for the origins of the system back in 1060s in the face of the old sterndrive technology which we keep using nowadays. That system was created with the idea to reduce drag and have a more direct line of thrust than traditional shaft drives. This resulted to higher speeds and less fuel burn.

However, computer technology has been added to that system, improvements in the design leading to the ability to handle more horsepowers, more sustainable materials in the construction have replaced the old ones and the result is today’s pod drive propulsion system. As with the old sterndrive system, the exhaust goes under the water, this reducing noise and fumes. The system from the 60s used to be mounted off the transom. Today’s pod drive system gets installed under the water leading to better maneuverability at slow speeds.

A pod consists of the transmission, outdrive, and propellers and is installed right through the bottom of the boat. The pod itself articulates to direct propeller thrust. No rudders are needed. The part of the pod below the waterline is designed to operate free of the engine. When installed it doesn’t leave a hole in the boat, which makes it a safe propulsion system in case of hitting or breaking the pods.

Usually two and four-blade propellers are noticed on pod drives, depending on the size of the engine and the features the buyer is looking for. Among the most useful added features to the pod drive systems today are the Joystick Docking function which helps the driver to operate the boat as simply as possible, and the Position Fixing function keeping the vessel at the same spot without being moved by wind or currents.

Boaters say that pod drives do best with yachts without a flybridge and models with lower hull weight.

Due to the hydrodynamic shape of the pods and the positive trust in a straight line, fuel consumption is less in comparison to the traditional shaft systems.

Benefits of the Pod Drives

Disadvantages of the Pod Drives

What Is The Most Popular Pod Drive?

The most popular pod drive system in the world is the Volvo IPS which was created in 2006. Thousands of IPS units have been mounted on nearly three hundred different boat models around the world. In the Volvo IPS system, the propellers face forward. They work in clean, undisturbed water for maximum efficiency, with exhaust exiting each pod from the rear. However, due to being exposed as much as possible to clean water for fuel efficiency, the pods also get exposed to potential hazardous underwater surfaces or floating pieces.

Thankfully, the Volvo IPS design, in case of hitting the ground, they break away from the hull without causing a water intrusion. This makes them easily replaceable, repaired or re-attached.

Each year the company develops and increases its range adding new features, making its product suitable for owners of a long range of vessels.

Volvopenta.com talks about some of their amazing features:

Volvo Penta IPS points out the following benefits of the system:

The other very popular pod drive system is the Cummins Zeus which entered the market in 2008, two years after Volvo IPS launched their first models. In comparison to the Volvo IPS, the Cummins Zeus has aft-facing propellers with the exhaust exiting through the propeller hubs. Zeus places high priority on protection: all installations include hull tunnels to protect the drives, with additional further protection from the lower leg ahead of the props on each drive. Cummins Zeus have less models in comparison to Volvo IPS and are said to be most suitable for boats up to 80’. Installation is simple and doesn’t involve many drilled holes in the bottom of the vessel. This is possible due to the fact that the Zeus pod incorporates the trim tab, the exhaust outlet, transmission and engine water intake into a single piece. The system has two counter rotating propellers which are well protected by the tunnel and the skeg which in case of debris, it breaks off protecting the whole system from more serious damage.

The Zeus system sits in tunnels in most models and has a decreased turning radius compared to the ips. IPS system pods are mounted to whatever the dead rise on the boat is and has enough wiggle room to compensate for heel over. Also the Zeus is taller inside the top side of the hull in the bilge area. IPs has forward facing props where the Zeus faces the rear. Most people can’t tell the difference in the systems. The Zeus does have a fishing mode with limited slip in the trannys for less clunking about in and out of gears. The Zeus has an exhaust bypass where the ips exits just to the rear of pod, only noticeable at idle.

Cummins Zeus pod drives are also considered to be very quiet and with decreased vibration contamination which is a result of its underwater outlet with exhaust bypass.

Both pod drive companies are upgrading all the time and add new features to theirs products, making them better every year. Pod drives might be your best choice – take your time and explore your options for best decisions.