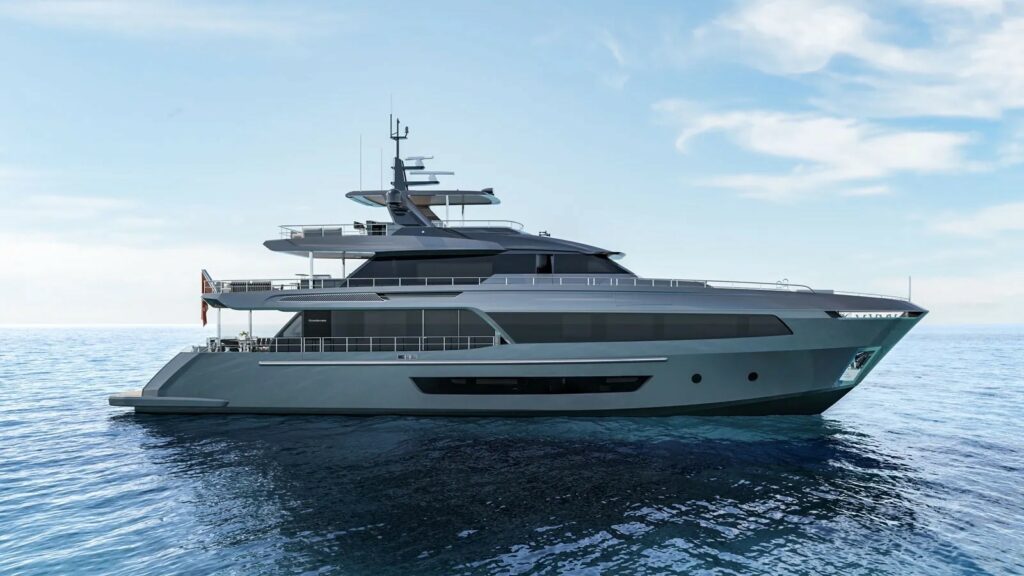 Leading Taiwanese yacht builder Ocean Alexander has released renderings for a 35m model within its new Puro yacht series. A collaboration with Italian designer Giorgio M. Cassetta and Andrea Agrusta of NavalHEAD, the luxury yacht’s name is inspired by the Italian word for pure. The shipyard announced that the first three yacht hulls are under construction, with the yacht’s debut anticipated at the Fort Lauderdale International Boat Show in 2023.

PURO: The Perfect Yacht for Living the Alfresco Lifestyle

At 35m (115 ft), the Puro will have space for 10 guests across five staterooms, including an owner’s stateroom on the main deck and four guest suites found on the lower deck. She will offer accommodation for five yacht crew. Notable yacht design features include an uninterrupted 11m upper deck, over 50 square meters of sundeck space and 18.5 square meters that can either be used as a beach club or tender garage. The yacht will have an open-plan interior yacht design, with an expansive main salon and dining area to entertain up to 10 guests. The standard 35 Puro model will be powered by twin MAN 2000 HP engines, which allow for a top speed of 24 knots.

Ocean Alexander has announced several new yachts within the past few weeks, with the 30R and 35R models in the shipyard’s popular Revolution series and the new flagship vessel of the Legend series 37L, all unveiled at the Fort Lauderdale International Boat Show.