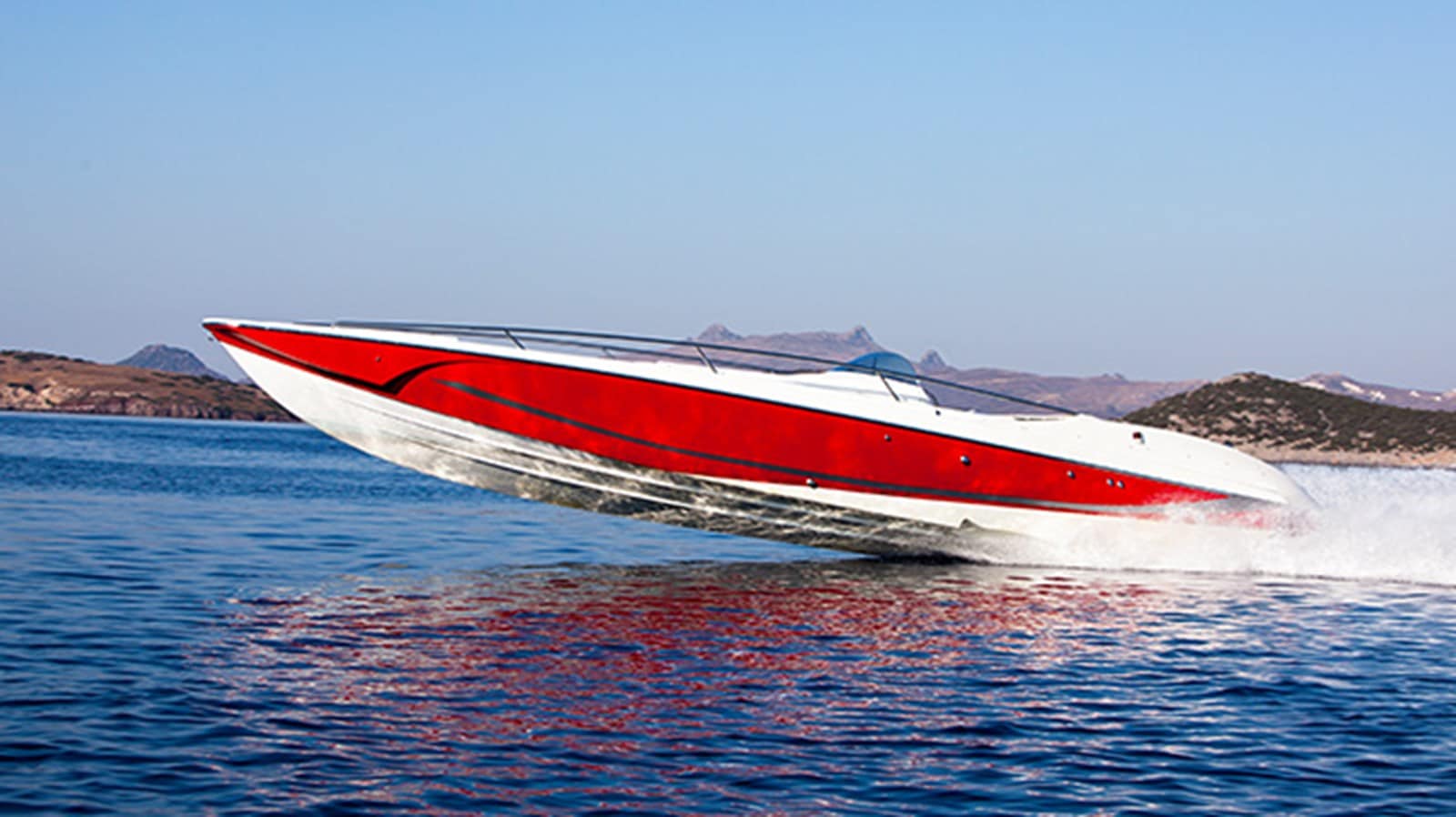 The Arneson Surface Drive (ASD) was developed by Howard Arneson. Except for the propeller, the whole system is located in the very back of the boat and outside the water. With ASDs the driver can affect the attitude if the boat by changing the amount of prop in or out of the water. Arneson Drives are considered to provide better steering than the fixed systems as a result of the articulated joint which allows the propeller to be directed. As its name says it – it is a surface drive, meaning the drive is outside the water. The only part which is in the water or partly submerged is the propeller. The lack of drag benefits the efficiency of the surface drives at high speeds. However, ASDs are not very good at slow speeds, and when lowering the speed, they reduce boat’s maneuverability, especially when strong winds are present. Arneson Drives create propulsion in a straight line known as positive thrust. Vessels with surface drives have a lower draft due to the lack of underwater gear

Models appropriate for big boats with engines with 1800-2200 HP are ASD 14 ASD 15 and ASD 16. We can see surface drives more often with MAN and MTU engines. In combination with Caterpillar, we can notice less engine power.

In continuation, we will take a look at the Jet Drives.

By using an impeller in a tube which sucks in water from the bottom and then shooting it out a nozzle at the stern backward at a very high speed, the boat moves forward. It works in relation to Newton’s Third Law of Motion -every action has an equal and opposite reaction. The jet propulsion system is installed in the aft section of the boat’s hull. When the stream of water expelled by the jet unit has its direction changed by the driver, steering is achieved. When the jet stream goes one way, the boat goes the opposite direction. This is how the driver makes the boat turn. The reverse is achieved by lowering an astern deflector into the jetstream after it leaves the nozzle. This reverses the direction of the force generated by the jet stream, forward and down, to keep the boat stationary or propel it in the astern direction (hamjet.co).

Jet drives are mainly used in small boats, but they also may power larger vessels and are used commonly for vessels designed for shallow water conditions. However, the underwater landscape should be considered, because the jet drive might suck in mud if too shallow.

Probably the most famous producer of Jet drives is Hamilton Jet. Their HM Series is designed for commercial, yacht and passenger vessels in the range 65-195ft with power inputs from 900 to 4000 HP.