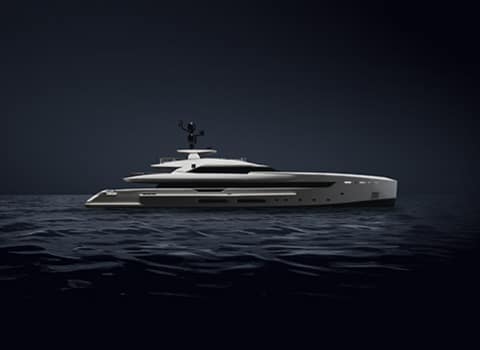 Italian shipyard Tankoa Yachts announced the successful launch of the fifth S501 yacht hull at its Genoa facility. With an exterior yacht design by Francesco Paszkowski with an interior by Giorgio M. Cassetta of Cassetta Yacht Designers, the 50m (164ft) project was started on speculation and later sold (with modifications) last year.

The S501 yacht comes in at under 500 gross tons thanks to its aluminum hull. The S501 has three ‘modes’ designed to offer fuel efficiency and near-silent cruising options.

The owner of the fifth yacht hull requested several substantial changes to the original S501 design. Updates include two guest suites located on the main deck, enlarged windows and more glass use throughout and a swimming pool on the bow.

Earlier this year, the shipyard announced that the build of the sixth 50m hull had been started on speculation.