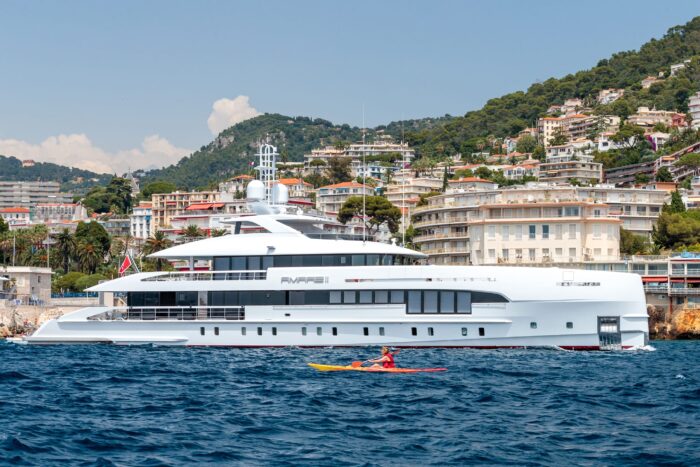 Heesen Yachts recently hosted a virtual press conference on one of the hottest topics in yachting today – hybrid propulsion systems. The shift is happening, and has been since 2008, when Royal Huisman launched ETHEREAL, Bill Joy’s 43m superyacht. Then Ferretti followed suit with its first series-production hybrid, the MOCHI LR23. Heesen also revealed its first hybrid superyacht, the 50m HOME, that launched in 2017, among some others such as AMARE II.

The press conference revealed that the owners of today have become more aware of the environmental impact of yachting, and that hybrid propulsion is taking a larger role in newer builds. In fact, there is an estimate that that the demand for such yachts has increased by 50% in the last seven years, and there are currently 75 hybrid superyachts that are above 30 meters – this, according to Phil Draper Associates, who adds that 26 of these 75 are currently under construction.

The Benefits of Research and Development of Hybrid Propulsion

Due to the small size of the yachting industry and its influence from the automotive and industrial sectors that focus so highly on research and development of hybrid propulsion, yacht builders and professionals have been able to benefit from the influence of said sectors.
Heesen mentioned two different hybrid propulsion systems that are employed on superyachts. One of which is the Series System, where diesel generators power electric motors that drive the propeller shafts.

“This brings advantages in both fuel economy for low-speed cruising, and in vessel design, as the naval architects face fewer constraints as to where the heavy diesel engines should be placed. Diesel-electric becomes a hybrid system when storage batteries are added, charged by the electric motors. This stored power can be used for propulsion, allowing the yacht a short period of silent, emission-free cruising or, more commonly, to allow the yacht to lie at anchor running its hotel services without emissions, hum or vibration from the generators.”

Because batteries are heavy, take up lots of space and are expensive, the experts agree that except for their use at anchor or short amounts of time underway, the use of batteries does not do much to enhance the environmental output credentials of a hybrid yacht. 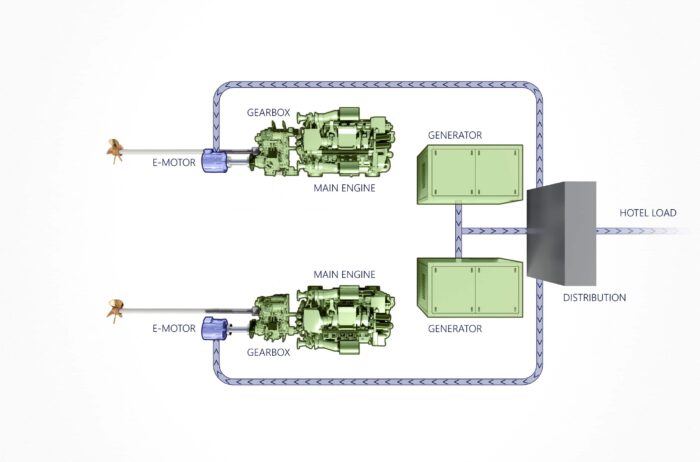 The Parallel System: Removes the Use of Batteries

The other system used aboard superyachts is called The Parallel System, which is employed by Heesen – this removes the use of batteries.

“Advanced, efficient and highly flexible, the hybrid technology deployed aboard Heesen superyachts such as the aluminium 50-meter Home (formerly Project Nova), and Amare II (formerly Project Electra), and the 50-metre steel Project Oslo24, involve two diesel engines, two diesel generators and two electric motors, which can be operated separately or together in any combination. Power demands are managed by complex algorithms.”

They continued by demonstrating that important steps can also be taken in non-hybrid superyachts toward better efficiency, such as in their 50-metre Project Altea and 80-metre Project Cosmos, two current Heesen projects feature “peak-shaving” batteries, which automatically store excess generated power to be deployed during peak periods, saving on generator use.