New and Used X-Yachts for Sale

Founded by brothers Niels and Lars Jeppesen, together with their friend Birger Hansen in Denmark in 1979, X-Yachts is a yacht builder of world-class racing yachts. Learn more about the notable yacht builder below, and search for X-yachts for sale by length, price, year, and more.

Established in Hadersley, Denmark, in 1979, where the shipyard remains till today, two brothers, Niels and Lars Jeppesen, together with their friend Birger Hansen founded the company what would become the shipyard for world-class racing yachts.

They called the new undertaking X-Yachts and launched their first model – the 26-foot X-79 – that May. Over the next ten years, they designed and built more than 1,000 IOR (international offshore rules) yachts that kept sailing into the winner’s circle, ultimately landing them on the cruising yacht market’s radar.

Four decades later, X-Yachts has developed 60 models (42 retired) and sold 6,000. Models range from 26 to 74 feet and go from one-design classes to large, luxurious performance cruisers. The yard constructs racing and cruising sailing yachts and had recently ventured into the motor yacht market with its X-Power 33C – a stylish, open motorboat with a roomy cabin, small pantry, plenty of seating space, as well as a state-of-the-art cockpit.

A range for all seasons

From IOR-built racers in the 1980s to the Pure X range introduced in 2016, the three founders of X-Yachts were always searching for what’s next. Here’s a brief run-down of their journey by decades.

X-Yachts greeted the new millennium with two racing cruisers. The X-Yacht 73, built in 2001, was the company’s entree into the luxury blue water cruising market. Four years later, the IMX 70 was hailed by the marine industry as the century’s new “state-of-the-art” yacht.

In 2011, the Xp roared back with a high-tech cruiser/racer range. The new models introduced carbon fiber and epoxy infusion for both hull and hull structure, making them one of the most winning cruiser-racers worldwide.

The DNA of a winner

What sets an X yacht apart from other sailing racers? X-Yachts has a checklist of what it demands – and its customers expect – from its boats: safety, speed, cutting-edge build technology, ongoing design innovation, ease of use – and heritage of winning. Sacrificing features and equipment by cutting production costs is never a consideration. Ensuring all models perform when it counts – and it always counts – is a priority, which is why X-Yacht customers have such passion for the brand.

Never satisfied with the status quo, CEO Kræn Brinck Nielsen announced X-Yachts is ready to enter its fifth decade with something entirely new – a 33-foot open powerboat, scheduled to launch in 2021.

Take as long as you want to browse through our yachts for sale MLS database. Our cutting-edge cloud network technology and enterprise-level software tools make it easy to find the X-Yacht on your wishlist. 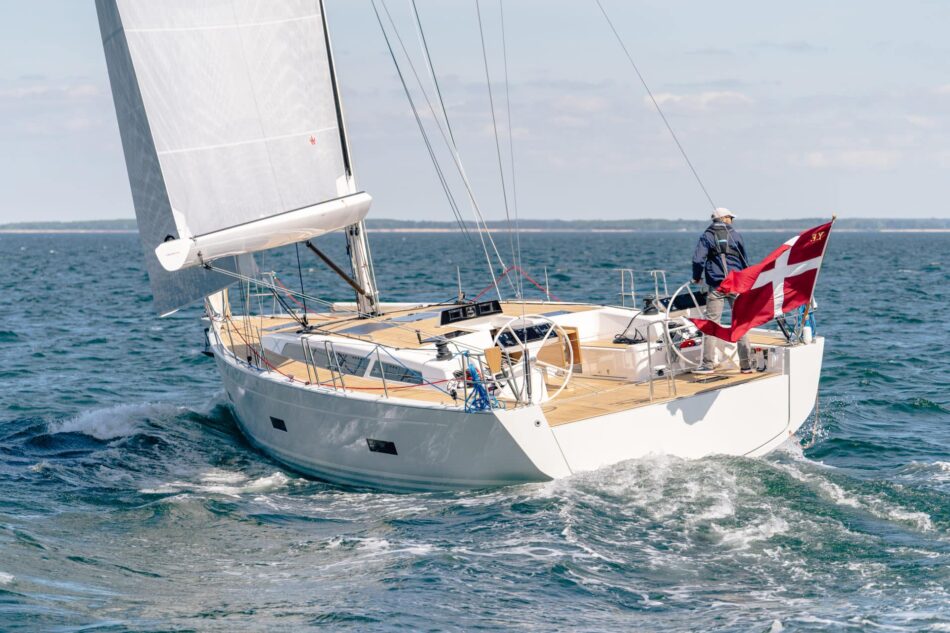 Danish shipyard X-Yachts has released new details on the 15m (49ft) X4⁹E. An evolution of the shipyard’s X49 model, the ‘E’ yacht will not be powered by traditional diesel engines rather two 10kW electric ones. There will also be a 28.8 kWh lithium battery bank and an onboard DC generator with a capacity of 11 […]