Founded in 1875, Lurssen is one of the most notable builders of superyachts, naval ships and special vessels worldwide. The company is known for its construction of very high-quality superyachts including celebrated vessels such as Octopus, Rising Sun, and Azzam, the second largest superyacht in the world that stands at 180 meters long. Search for Lurssen yachts below by length, price, year, and more.

After training as a boat builder in 1875, Friedrich Lürssen started a boat-building workshop near Bremen, Germany, constructing row boats for oarsmen. With originality and high quality, the yard thrives and even takes orders from his father’s shipyard.

Thanks to them being lightweight and fast, the yard developed a solid reputation all over Germany. By 1886, Lürssen built the world’s first motor boat, the 6m REMS, which was commissioned by the inventor and manufacturer Gottlieb Daimler who needed a boat for his engine.

In 1904, the yard moved to Bremen and for the first time had direct access to the water. By 1907, Friedrich’s son Otto joined the company as a partner and engineer and the yard was able to greatly improve upon its methods of building. In 1911, the yard had built a 102hp racing boat (the Lürssen Daimler) that went on to win the Prix de la Cote d’Azur and the Grand Prix Des Nations later in that same year. The yard had also created an additional speedboat that year, the Saurer-Lurssen, that set an unofficial world record in the Prix de Monte Carlo with an average speed of 32 knots.

By 1927, the yard set a new standard with OHEKA II that was reached a top speed of 34 knots and was equipped with three Maybach engines – she was the world’s fastest commuter yacht; later that year, the yard constructed the world’s largest motor yacht at the time with the 36m AAR IV.

The sudden death of Otto was a shock to the shipyard and family, which led to his wife, Frieda, leading the yard in his absence. By 1938, the 3rd generation of Lürssen joined the company when Gert and Fritz Lurssen came aboard. During the war, things became difficult for the yard, and the two brothers agreed on dividing the shares of the company. They persevered and by 1962, the two sons took the helm from their mother. That same year, they launched the 55m PEGASUS II to a London shipowner. In 1970, Jon Bannenberg designed CARINTHIA IV – his first major yacht project, and to this day, the 71m yacht is still considered a contemporary design. In 1975, the yard celebrated its 100th anniversary. The family continued to grow and eventually, both Friedrich and Peter Lurssen joined the company, and in 1985, all the work shifted over to Lemwerder. Two years later, the yard acquired the Kroger Werft shipyard with docks on the Kiel Canal; the yard began to specialize in building yachts up to 110 meters, and refits as well as yacht conversions began to take place there as well.

By 2015, the yard had launched the largest yacht in the world, AZZAM, at 180.65 meters. She broke several records for length and speed, at 30 knots+, and her build time, which was less than three years. The following year, the renowned shipyard set yet another record with the launch of DILBAR – the largest yacht in the world by gross tonnage. The company continues to push boundaries today and is known as one of the most reputable and notable shipyards in the world.

Today, Lürssen Yachts is one of the most globally recognized builders of custom luxury superyachts, mega yachts, naval ships, and other unique vessels. For over 125 years, the 4th generation family-run manufacturer has built some of the most famous yachts in the world, including Paul Allen’s Octopus, David Geffen’s Rising Sun, and Azzam, the largest private yacht in the world at 180 meters in length.

Based in Germany, Lürssen has designed and constructed thousands of ships, boats, and large yachts. Lürssen has a staff of over 100 engineers and naval architects that allow the shipyard to offer three types of services: 1) construction of naval vessels and unique vessels such as patrol boats; 2) construction of custom superyachts and mega yachts starting from 40 meters in length to over 150 meters; 3) yacht repair, maintenance, yacht management, yacht crew training, and other related logistical services.

Lürssen’s reputation of detailed craftsmanship has positioned its vessels as one of the most sought-after yachts for sale and charter on the market. Find Lürssen yachts for sale on the World’s Most Trusted MLS for Yachts and Boats for Sale.

Search for a Lürssen Yacht

All motor yachts are impressive feats of engineering, design and luxury. However, one yacht stands out for its sheer vastness and mystery: 180m (590.55ft) M/Y AZZAM. Learn More About This Delivered in 2013 Nine Year Old Yacht Stunner #1 Lürssen Yacht AZZAM is currently the world’s largest private motor yacht  At 180m and 13,000GT, AZZAM […] 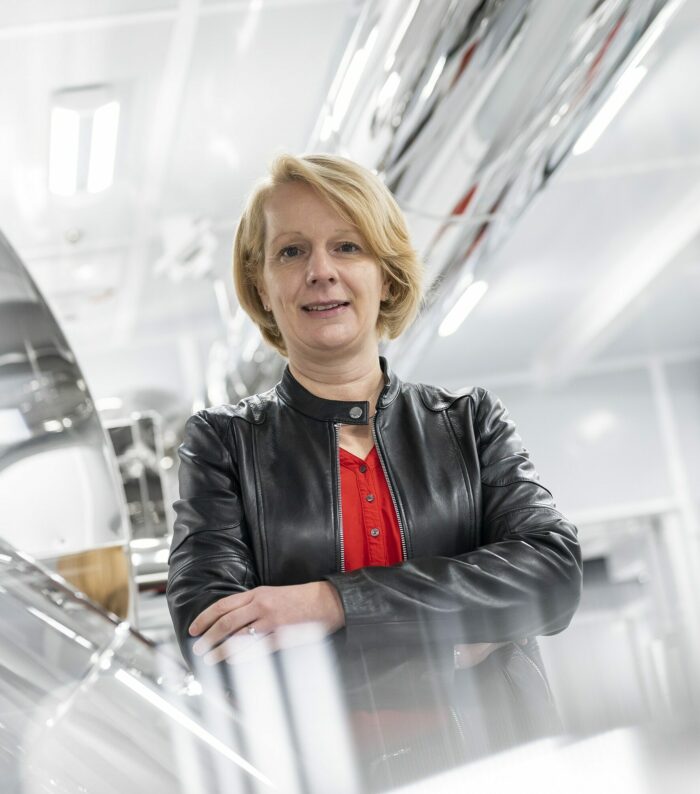 Year after year, women in yachting have taken a larger and more significant role in the industry. They are emerging as powerful, effective, and efficient – as much as men in yachting, and have gone beyond the role of charter broker. Here, YATCO takes the time to get to know some of these women – whether […]