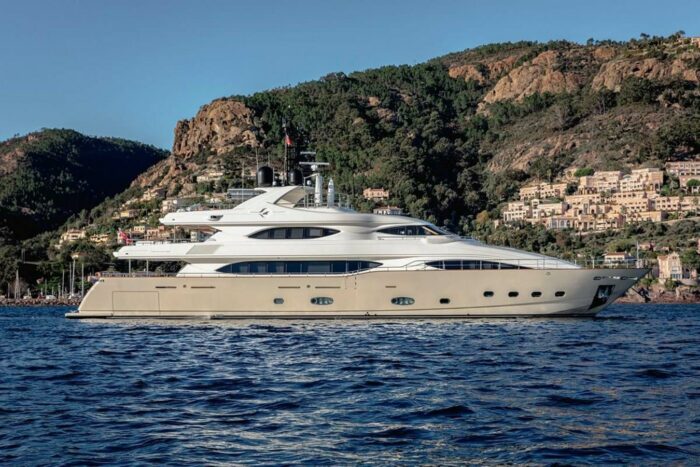 The following facts were gathered from YATCO BOSS to bring you highlights from the previous week. Enjoy, and please feel free to share with colleagues and clients alike.

After just 109 days listed in YATCO BOSS, the stunning 95′ (28.96m) motor yacht VANQUISH built in 2003 by WEST BAY is now reported sold by Chris Collins and Thom Conboy at Denison Yacht Sales. She is the fastest sold listing on YATCO BOSS this week above 79’ (24m).

The 39.6m (130′) motor yacht 5G built by CRN in 2011 is another interesting addition to the for-sale market last week. She features an interior and exterior design by Zuccon International and is on the market at €8,750,000 EUR with Dominic Millman at Burgess – UK.