The 2016 94' 8" AMER PER MARE AMER 94 Flybridge Motor Yacht Visionaria is a yacht for sale located in Viareggio, Italy.

Visionaria is a modern and elegant motor yacht with flybridge.
The Lenght over all is close to 30 meters.
Equipped with seakeeper stabilizers, hangar for dinghy, hydraulic platform and many other accessories.
Sleeping area feauteres 4 comfortable guest cabins plus 2 crew cabins (3).
Powered by Volvo Penta IPS propulsion system. The IPS system reduces fuel consumption compared to traditional propulsion and increases the range by about 40%. This Amer 94 has a triple configuration Volvo Penta D13 IPS 900 hp. Sea trials have shown that Amer 94 consumes about 41 l/hour at 9.2 knots. The maximum speed is 28/30 knots.

Amer 94 Visionaria is the third Amer 94 built by Amer Yachts and she continued the Italian yard’s emphasis on fuel-friendly travels. Visionaria, like her predecessor in the Amer 94 series is powered by a Volvo Penta IPS propulsion system. IPS drives, introduced more than a decade ago, save yacht owners about 30 percent in fuel consumption compared to traditional drives. They also increase range by about 40 percent over traditional drives. As for Visionaria, she has a triple 900-hp Volvo Penta IPS setup. The builder says sea trials proved Visionaria consumes only about 11 gph (41 lph) at 9.2 knots. Those same sea trials confirmed a 30½-knot top speed. Still on the subject of the IPS system, it allows megayachts featuring it to cruise in shallower waters. The Amer 94 series across the board has a draft of just 6’1″ (1.85 meters), including the propellers. Whether in shallow or deep waters, though, the megayacht makes enjoying the scenery from on deck easy. A U-shape bow seating area and the hardtop-covered flying bridge are two ideal spaces from which to do so aboard Visionaria. Visionaria has a master stateroom full beam. (Beam is 20’7″, or 6.3 meters.) and other 3 staterooms below deck. 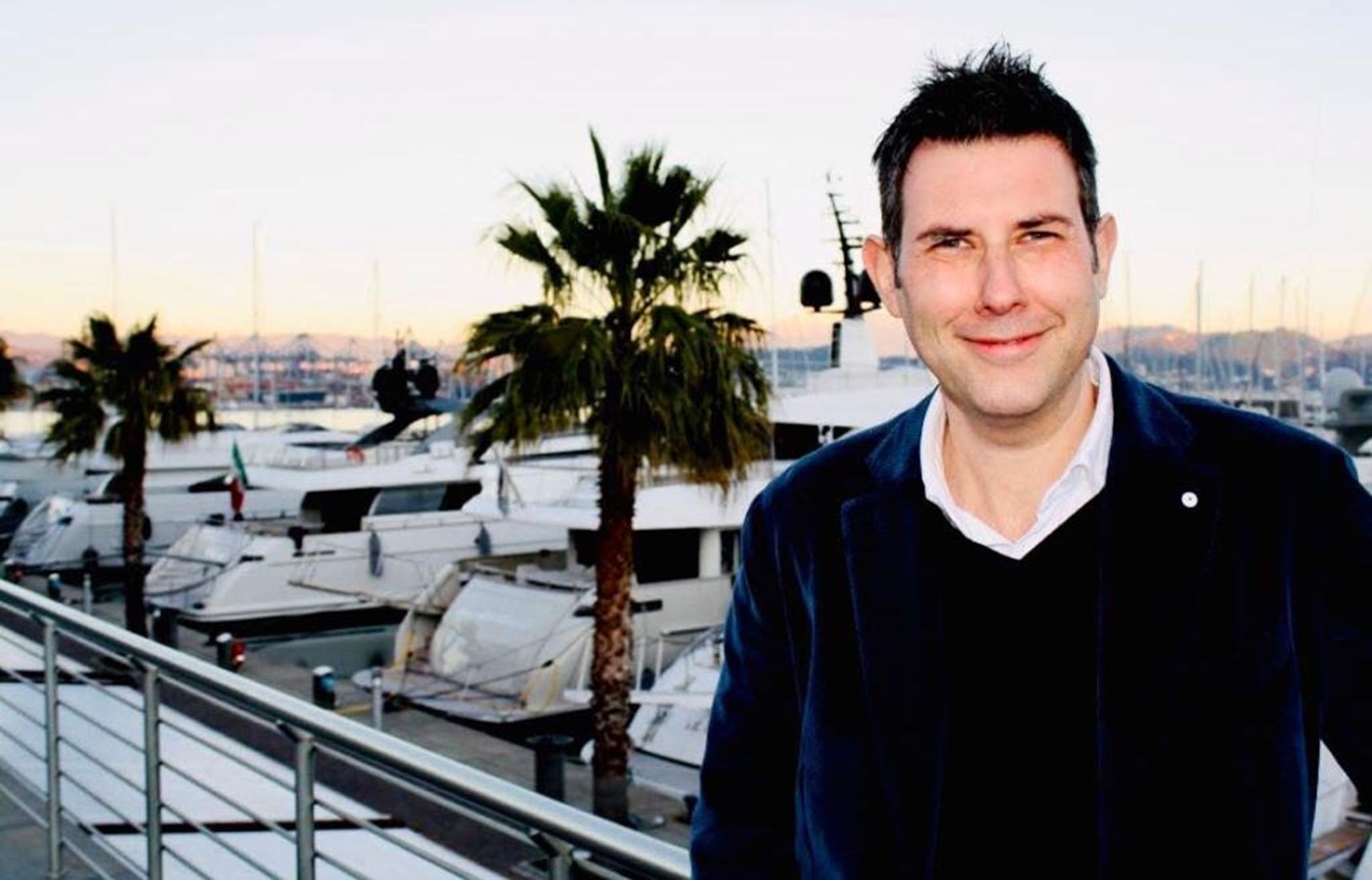