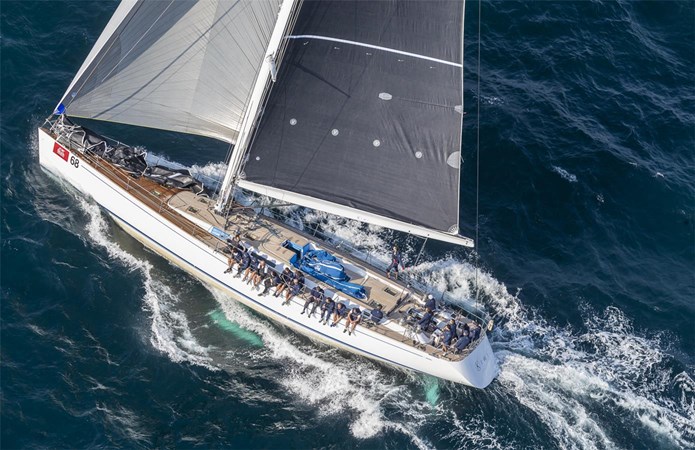 SW78 Kiwi is the result of the combined skills and knowledge of Reichel-Pugh Design, Nauta Yacht Design and the Southern Wind Shipyard, each adding their expertise to deliver the ultimate 24m performance cruiser.  The second of five SW78 that were constructed between 2002 and 2005, she was originally launched as Mrs. Marietta and was commissioned by an experienced owner as his second SWS yacht.  Sold to her current owner in 2012 and renamed Kiwi, she has been based in the Mediterranean since and used for private family cruising with the occasional regatta appearance.

Subject to a rigorous maintenance program with a substantial investment made each year, she underwent a major refit in 2016 to restore to her original condition with many upgrades and improvements to keep her modern and competitive.

Recent improvements include but are not limited to the following.  Further details interspersed in text of the specification below:

Currently lying in Ancona, Italy and available to visit by appointment