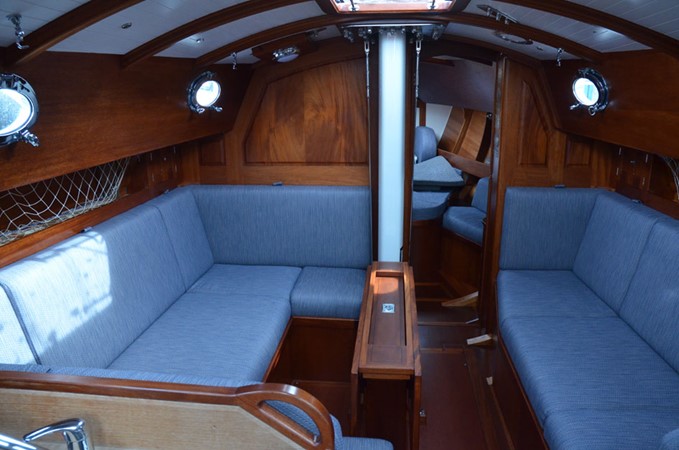 As of July 2017 – SOUFRIERE has now been uprated for 2-handed performance sailing. Can now execute a start like a Dragon – i.e. unfurl the jib on the line at the gun with speed. Result - came second on IRC in the Dun Laoghaire to Dingle 300nM race double handed division.

Spirit Yachts are rather special and they turn heads always with their elegant good looks.  Their design allows them to compete successfully in regattas both in the UK and internationally.  They are competitive under IRC and they are well balanced and easy to handle both in a regatta situation and also for family sailing.   Crew work onboard can be straight forward and uncomplicated as she races without a spinnaker pole to manhandle and sails with asymmetric spinnakers. Alternatively, she was originally set up with a spinnaker pole, which is still in place, with the appropriate sail inventory.

There are now 54 Spirit Yachts afloat and during this time they have shone on the international circuit.   SOUFRIERE herself has an enviable regatta record –

Outside these outings SOUFRIERE has been sparingly used and has much more to give as a fast and responsive cruising yacht.   Her interior is atmospheric and works well for day sailing or when cruising and overnighting.   She sleeps 4 comfortably with a twin owners berth aft and a double berth forward.    There are 2 further berths in the main saloon and a heads compartment and shower.   Aft she has an oilskin locker which could be reinstated as a second heads if required.

Every year she has been laid up ashore from October to May with the mastracked and stripped of all halyards, rod rigging, alloy spreaders and mast head instruments. All stripped items are stored indoors.  She has a timber strong-back and fitted breathable Regentex winter cover to allow for varnish maintenance to be carried out whilst she slumbers.  Last winter was spent at her build yard and she is now offered after a full refresh of her varnish work both internally and externally, together with a topside re-spray in Awlgrip.  She also has fresh upholstery. She sparkles.

A very special modern cruiser racer with epic good looks, she is being offered at a fraction of replacement cost.

RCD Status: The yacht conforms with the essential safety requirements of Directive 94/25EC (Recreational Craft Directive) and is categorised A – “Ocean”

Forward there is a double berth offset to port, with a sofa to starboard, and a dressing table. Aft of this to port is a heads compartment with WC, basin and shower with teak flooring and drain away with sump pump. There is a door leading to the main saloon.

The galley is to port in a U shape with scrubbed teak surfaces, a fridge, 2 sinks, cooker and ample storage for pans and an overhead hatch for ventilation. The nav. station is to starboard. The companionway steps are aft of the galley.

Walking aft there is a useful area for oilskin storage which can easily be converted back into an en-suite heads for the owners’ cabin which is aft of this. The owners’ cabin has a good double berth to port. There is a single berth to starboard, and storage under both berths. There are memory foam mattresses fitted to the forward and aft cabin berths. All the berths have lee cloths. 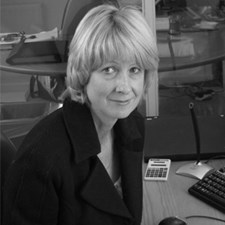