Builder Leopard Catamarans  ""Leopard 51 Powercat (PC)"", built by Robertson and Caine and designed by Simonis Voogd Design.
The 51 PC provides a multitude of exciting features: a sleek and stable design, a large forward cockpit, additional lounging areas, an expansive flybridge and a  interior upgraded with modern appliances. She also offers more stability than traditional power monohulls, as well as providing additional space and a greater value.

Drawing upon the success of the Leopard 39 PC and Leopard 47 PC, this contemporary and economically efficient catamaran uses less fuel than previous models. With standard engines this yacht has enough range to go from Florida to New York without refueling. The Leopard 51 Powercat has a stealth-like hull that allows a cruising speed of 17+ knots and top speed of 24 knots.”

The 51, being a power catamaran, features magnificent stability, even in rough seas.

Manufacturer and designer sea trial comments:“We headed out into the swell going full bore (20+ knots). The boat had nice dynamic stability at the speed and was launching off the crests, landing smoothly keeping up to speed and taking on the next one. Driving straight into the large swell, there was no water coming over the deck and only minor spray could be noticed at the bows as we were riding down the waves ..... she is entirely capable of handling these conditions".

She also incorporates a brilliant ergonomic layout that makes maneuvering around the power yacht comfortable and easy. The Leopard 51 PC can be driven from the flybridge or from inside. Like the other award-winning catamarans of the Leopard fleet, the 51 PC includes a large flybridge with seating for up to 8. She also features a large forward cockpit, something first seen on the award-winning Leopard 44, and a sunbathing platform with direct access to the flybridge, a first for Leopard Catamarans.

The Leopard 51 PC also includes a  redesigned interior, featuring new materials used for flooring and cabinetry creating a fresh modern look. She also boasts a large and open saloon, a galley with the latest appliances, 3 cabins and 3 heads, with the entire starboard hull being dedicated to the owner’s suite. The Leopard 51 PC combines the best from their sailing fleet with the luxury and ease of a power yacht.

To add to all of this, with such a large amount of square footage, this catamaran boasts an exceptional value. Unlike traditional monohull powerboats, catamarans offer additional space both inside and out, and more stability.

Robertson and Caine designed and built the Leopard line of blue water cruising catamarans. As the world wide dealer, Leopard Catamarans is proud to say that over 1,000 Leopard cats have now sailed more than 9 million miles and the world’s largest oceans. 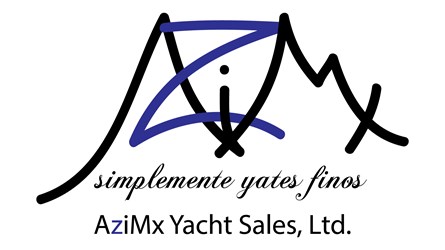