CHASSEUR is a very unique Swan 44 (owned by a couple who are highly experienced sailors), which becomes evident the moment you step aboard. The owners of this boat have been involved with boats (both professionally and personally) their entire lives.

Their professional career working together started by running a Alden 58 from 1975 to 1978. Followed by managing the construction of a custom 76' Alden built by Palmer Johnson. They then ran a Swan 65 where they developed a deep appreciation for the design, build quality, and sailing performance of a Nautor Swan yacht. Next they managing the build of a 81' Maxi yacht named "Nirvana" which they successfully campaigned in races around the world from 1982 to 1985. In fact, in 1982 they set a record aboard Nirvana in the Newport to Bermuda race and the Fastnet Race in 1985, both records stood for 14 years!

However, there is a time and place for everything. Eventually, they moved ashore, raised a family, and managed a boatyard for 30 years. When it came time to go cruising again, they knew they wanted a Swan and purchased CHASSEUR. They put their lifetime of knowledge and experience into extensively refitting/upgrading her in 2015 before heading off cruising. Now 5 years later, with 3 new grandchildren, it is time for the owners to focus on their next adventure.

CHASSEUR has benefited from receiving lavish care by her owners. In 1997, Sparkman and Stephens updated the stern, rudder, keel, and rig. Later in 2015, they also redesigned the companion way to allow direct safe access from the cockpit to the aft cabin, eliminating the need to cross the bridge deck to get below. This also added more storage, a microwave and additional freezer to the galley. She boasts electric winches, DC generator, and a watermaker. In 2020 the hull was repainted and is now gleaming like new.

The improvements designed by Sparkman and Stephens, her extensive inventory of gear, and equipment make CHASSEUR not only the best Swan 44, but also one of the finest offshore cruisers of her size.

She is awaiting her new owners and to put their personal items aboard, cast off the dock lines and set sail. Whether it is coastal sailing, club racing, or global cruising, CHASSEUR is truly ready to go. She is a sound, well-appointed boat that will take you there and back again in a manner that ensures you will enjoy your time on the water.

If you want a fast, well equipped, proven performance cruising sailboat that has been configured and cared for by experienced sailors, CHASSEUR is the boat for you. 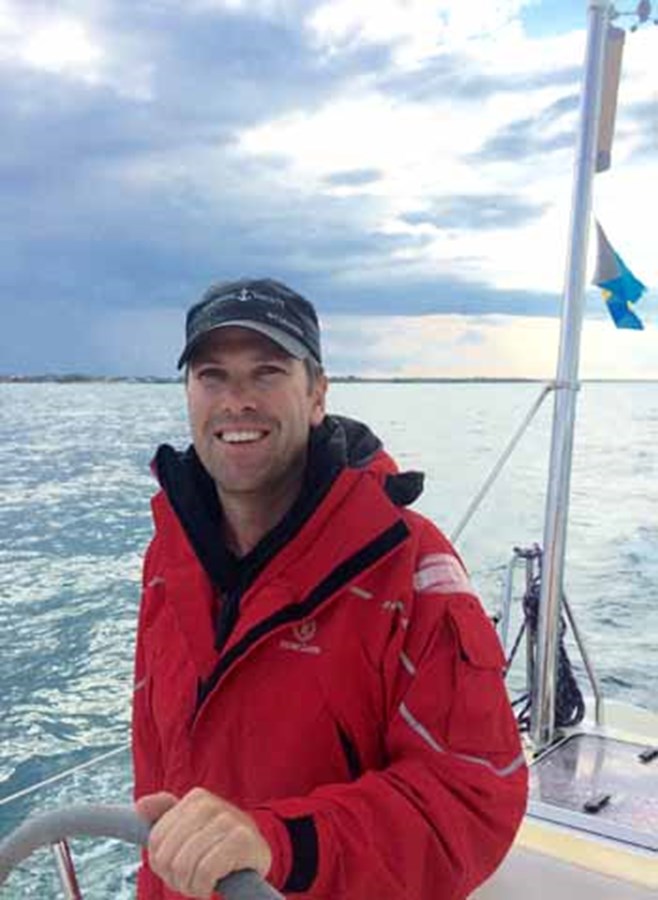