The normal layout of the Jeanneau DS's includes a master queen berth in a centerline configuration with equal access to each side and a pass through master head/day head. There is plenty of cubbies, lockers and closets in the cabin for lots of storage. The forward guest cabin is in the Vee has a full side berth shares the head/shower with the third cabin.

Jules has a third cabin to port forward of the salon. This cabin has two single berths in a bunk bed style which is perfect for the kids, visiting grandkids or a captain or extra crew. Or it is a great storage area for cruising. The dinette is to starboard with the deluxe electric table which lowers to form a fourth sleeping area. And there a small stool to provide an extra seat at the dinette or at tne nav station.

Both heads are equipped with electric flush. The interior is done in Alpi teak with white leather upholstery. The galley is to starboard and the nav station to port of the companionway. The cabins are cooled and heated by 3 separate A/C reverse cycle systems. One for the master cabin, one for the salon and one forward. There are even an air vent in the fwd head! All cabins also have Cafrano fans installed to keep the air moving.

A 22" LED TV for the salon was installed at the factory at the nav station and a second installed in the master cabin during commissioning.

There is a very ergonomic L-shaped galley to port of the stairs with very usable features like the Corian counters and sliding sink cover, a two burner propane stove and oven, and a large top and front opening refrigerator with an enclosed freezer compartment.

An optional microwave is installed above the counter and an extra fridge is installed under the nav station. Drawers and cubbies abound for storage and pantry.

The engine space is located under the companionway stairs with 4 access ports and covers in the shower, galley and aft cabins for maintenance of the engine and saildrive. The engine is a reliable Yanmar 54 hp 4JH model diesel with a standard saildrive.

An optional 3 blade Flex-O-Fold folding prop was added from the factory.

The stereo is a Fusion with CD/MP3 capability. It is connected to Bose speaker throughout the salon and cockpit.

The Jeanneau 44DS has ample battery capacity with 4 house and one engine start batteries located under the master berth. They are maintained by way of the 2 x 30 Amp shore power connections to a 60 amp charger while in the slip. Underway, the 125 amp engine alternator takes over. And at anchor the Onan 5KW diesel generator can supply power for the charger and a/c. Currently the genset has less than 150 hours!

And anytime there is sun, the 400 watts of solar panels (in conjunction with the MPPT Victron solar charger) kick in to keep the 12V system topped off. These are mounted over the bimini so they are safe and out of the way. There is a separate battery system for the optional bow thruster forward.

Also, a 2KW inverter is available to run selected 110V systems like the microwave while underway without need for outside power. And all of the cabins have USB ports for charging all of those new gadgets!

The Jeanneau DS comes standard with the Z-Spar in mast furling mainsail and a furling 106% genoa. The owner has added a self tacking jib (in Mylar/taffeta fabric) which is used in conjunction with a furling Code 0 for light airs.

The original genoa is still available. Control lines all run to the cockpit and they are managed by 2 x patented Harken 46.2 "Rewind" winches that operate two way (trim or ease) at one speed or one way (trim only) at two speeds (slow or fast), an electric Harken 40.2 two speed halyard winch on the port coach roof and an extra Harken manual 40.2 two speed winch on the starboard side.

The German sheeting mainsheet comes aft and is controlled at either of the twin helms. The rig also has a removable inner forestay and adjustable back stay.

On deck forward, the ground tackle consists of a stainless steel Ultra anchor on chain/rope rode. The Quick windlass can be operated at the anchor locker with a wired controller or at the helm with a separate control.

The transom provides a Kato davit system and Forespar outboard motor crane. Included is a Highfield aluminum hull 9.5 ft RIB with a Yamaha 8 hp 4 cycle outboard (priced separately). The cockpit has full bimini and dodger from the factory with shade panels to keep the sun out while dining! 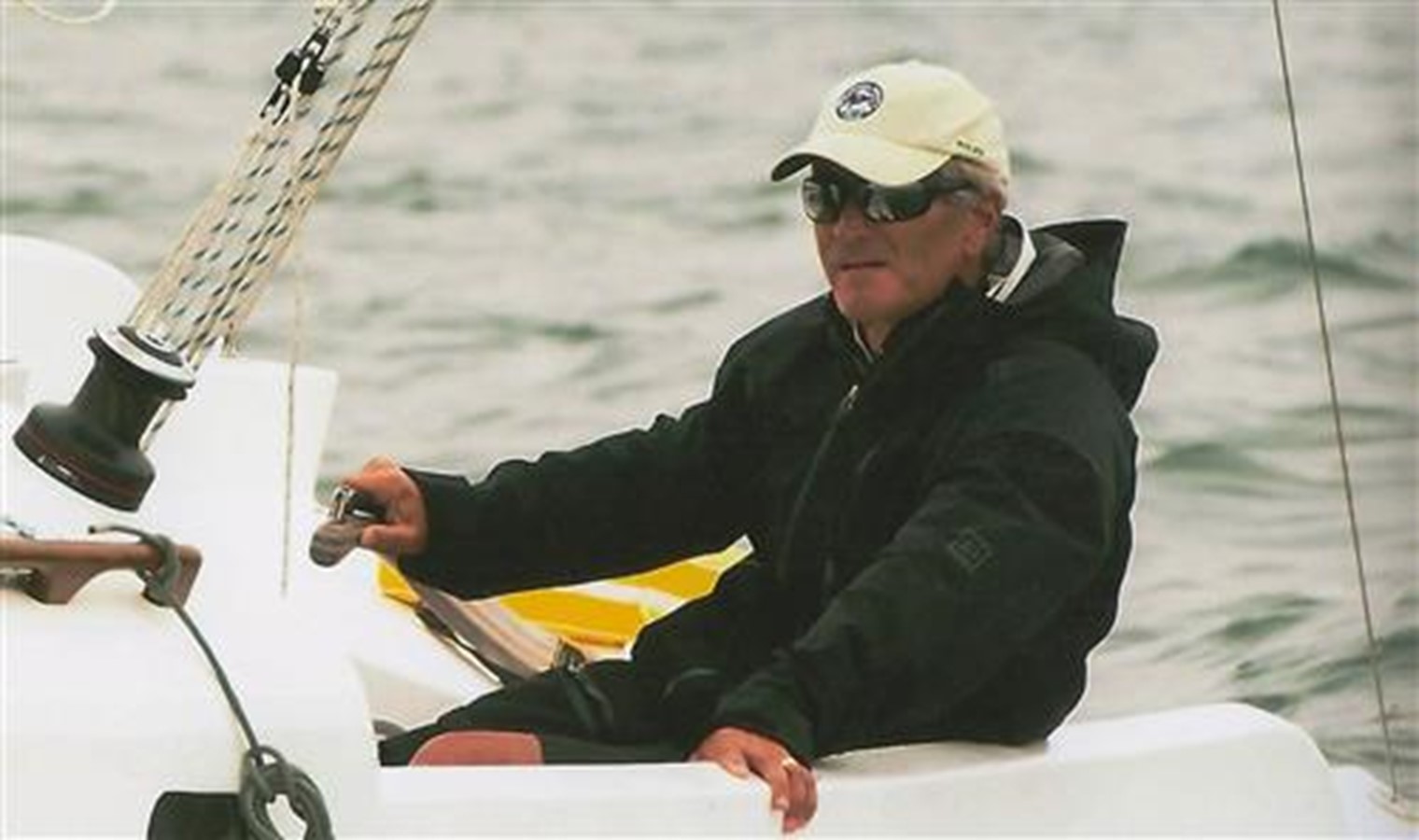