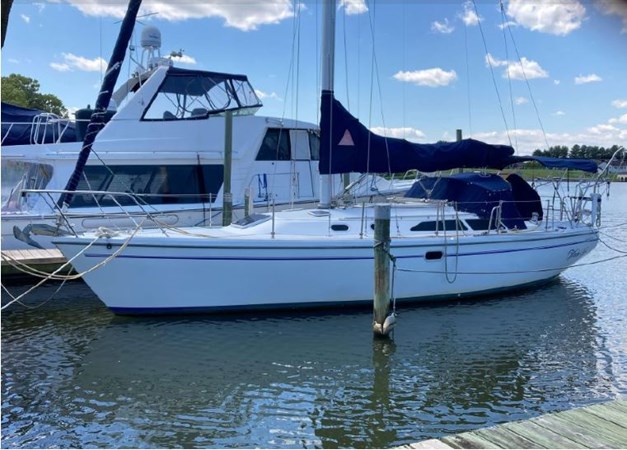 Winter Sun is a fine version of the Catalina 36 MK II.  These boats are popular thanks to their, light, spacious and versatile interior and their impressive sailing ability.  Winter Sun's first owner had a custom storage cabinet built beneath the chart table adding to the storage capabilities.  The large dining table, which stows on the port, forward bulkhead and can drop down to form a double berth, as well as the breakfast table to starboard, which can convert to a seat,  makes the interior of this vessel extremely versatile.

Winter Sun has the following equipment:

Don't miss out on Winter Sun!

The interior of the Catalina MkII is light and spacious with a comfortable layout.  Starboard, of the companionway is access to the large aft cabin which has a huge bunk and good storage. Forward of that is the Chart Table, with custom storage cabinets below.

The starboard side of the salon comprises of 2 seats separated by a breakfast/cocktail table that can be lowered to form a full settee. Forward of the seating are drawers, topped by a counter with an upper storage compartment with a 'roller' closing door.  Great for hiding the TV or other equipment.

To port of the companionway, is a U-shaped Galley with double sink, oven, microwave and refrigeration as well as plentiful storage  and a 'pass through window' to the aft cabin. A  low bulkhead separates it from the salon which has an L-shaped settee with a large table that can be dropped down to form a double berth. A TV sits between the cabinets behind the sofa.

Forward of the Salon is a head to port, that be accessed from either the V-berth or the salon. The V-berth is large, has a custom mattress & topper and has plentiful storage below the berth and a hanging locker; an overhead hatch provides light and  ventilation. 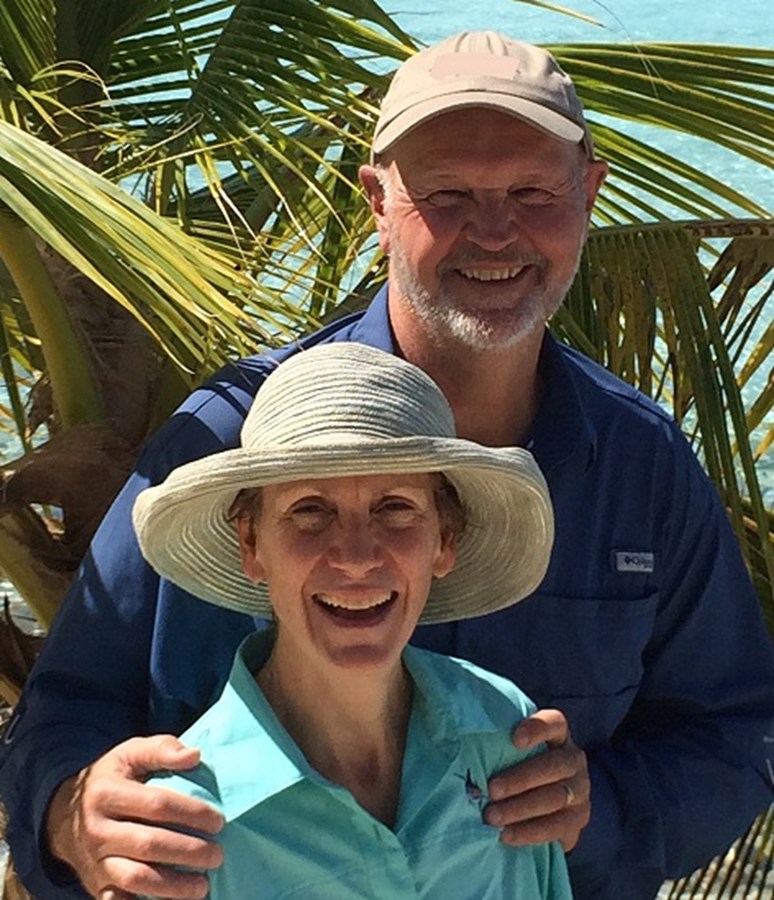 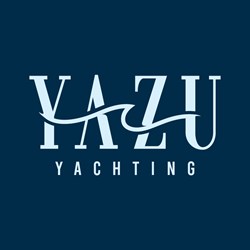