The 1988 26' SEAWAY Center Console Anticipation is a yacht for sale located in Hull, Massachusetts, USA.This 26' Seaway Center Console gives you Seaworthiness, Ride, Comfort, Fuel Efficiency, all in this quality Maine built Downeast Hull. Powered by a newer (2012) Mercruiser 357 325hp with only 75 hours, she will provide plenty of journeys! With her wide 10' beam, spacious cockpit, custom built cabin with two 6' plus bunks and fresh water head, you will enjoy stability and comfort. Teak swim platform, custom designed T-Top, Four (4) additional Rod Holders in the gunnels and tube lighting mounted under the gunnels to shine down on the deck! Trailer not included but can be sold separately. Call today!

Two (2) tanks, one each port and starboard outside of the stringers mid-ship. Owner has been told 75 gallons each so big fuel capacity. Replaced both sending units last season.

Custom built with two bunks 6'+ and a freshwater head.  Freshwater tank to flush with an electric pump and large holding tank under deck on center line.

Large bench seat for two adults easily or two adults and child. Custom step built in for those vertically challenged captains that allows site over the bow in any conditions. Rear of seat has a built in four drawers for tackle and supplies. Space under the seat for a 4' igloo cooler.  Bench seat on the front side of the center console for two. Two captain’s chairs in stern on either side of engine box plus top of engine box has a padded cushion. All seats and cushions for bunk were custom done with a green piping and same for knee guards on port and starboard gunnels.

Has storage underneath as well as two batteries and power switch. Controls for trim tabs and to raise and lower the outdrive. Upgraded Livorsi gauges and controls with the Lewmar Windlass and Stainless Guest Remote controlled Spot/Flood light, Ritchie Compass

Swim Platform
Teak with a swim ladder for easy access on and off boat. Has small gate in the middle to allow the drive to be fully raised.T-Top:  Custom design and build by AMI welding. Aluminum construction and designed so by removing 8 screws the top half of the T-Top can be picked up and moved to the deck in front of the center console to allow boat to be put into a garage to be worked on. Tallest point will be the windscreen. Red overhead light for night time vision and lights facing the rear deck. Five rod holders.

Four additional rod holders in the gunnels as well as tube lighting mounted under the gunnels shining down on the deck. 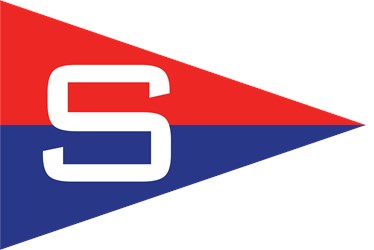