The 2005 191' PROTEKSAN-TURQUOISE Motor Yacht PETARA is a yacht for sale located in Genoa, Liguria, Italy.

The 58.2m (190.9ft) motor yacht PETARA has a steel hull and aluminium superstructure constructed to Lloyd's classification and delivered by well-respected Turkish shipyard Proteksan Turquoise in 2005. Interior design is by Studio Celeste Dell' Anna and naval architecture and exterior design is by the shipyard. Only ever lightly used by one owner since delivery, this 860GT, EU VAT paid yacht comes to the sales market for the first time.

All her outside spaces are of impressive dimensions. An extensive sun deck has a very large, versatile space aft for sun lounging, exercising or entertaining on a grand scale. Forward there is a crescent of banquette seating with cocktail tables and beneath the hardtop there is a raised jacuzzi and lounge seating. To port is a dayhead and bar with an icemaker, and to starboard is storage for gym equipment.

The upper deck aft is another expansive area with two C-shaped sofas wrapped around coffee tables and a sit-up bar beneath the overhang, and a banquette sun lounge aft. Walkaround sidedecks lead to the foredeck where there is stowage for a tender launched by a deck crane. The main deck aft has a variety of spaces, including two adjoining lounge areas beneath the overhang and sun lounge seating aft. Steps either side lead down to the swim platform and the starboard sidedeck leads to the lobby, of which is a dayhead.

Her main saloon, which has great views through large picture windows, has a lounge area to port and a TV diagonally positioned starboard aft. Forward of a partial bulkhead is a formal dining area, the main lobby and the entrance lobby. Stairs lead up to the upper lobby, aft of which is the sky lounge with an L-shaped lounge to port, armchairs to starboard, a gaming table port aft and a large TV on the forward bulkhead.

She welcomes up to 12 guests in six suites. The full-beam owner's suite, forward on the main deck, has a private office, walk-in wardrobe and his-and-hers en suites share a shower room. Aft of the owner's suite is a huge VIP double cabin, and the lower deck has three double cabins and one twin cabin, all en suite.

Tenders, toys and a city car are stowed in a full-beam garage on the lower deck and launched through shell doors either side. Once the toys are launched, these doors serve as teak-decked sea terraces accessed via the transom door. Twin 2,700hp Caterpillar diesel engines give her a top speed of 18 knots, a cruising speed of 14 knots and a range of 5,000nm. Quantum zero speed stabilisers ensure comfort on arrival. 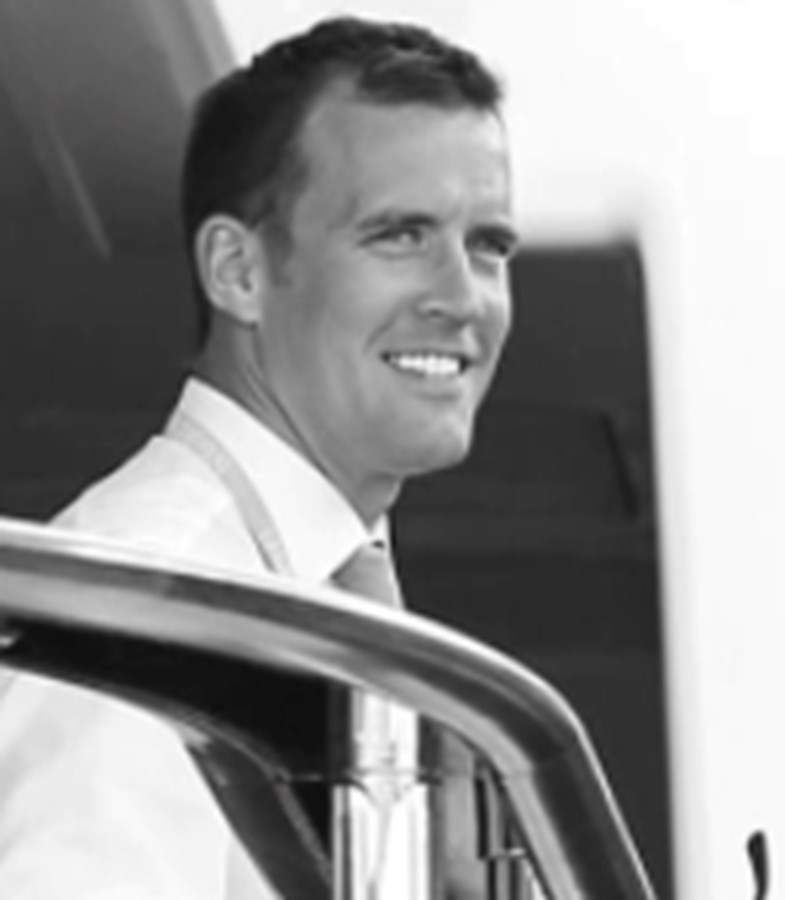 receive a pdf brochure on this listing.