MY Sea Huntress offers extraordinary levels  of comfort thanks to the motor yacht's exceptional build quality and high volume.
This Feadship Yacht has an ingenious and unique design, the work of the world renowned Terence Disdale is the result of his many years of experience and clear understanding of what the owner required to fullfill his extensive cruising program.
With accommodation for fourteen guests in six en suite cabins catered  for by up to 14 crew members , this 1997 motor yacht has all the amenities that one would find on a much larger yacht including Touch and Go helipad.

Contact the yacht broker to receive more information or schedule a showing of this stunning 108' 6" motor yacht for sale today!

run since top end service carried out in 2018

run since top end service carried out in 2018

Accommodation for up to 14 guests in 6 cabins .
Owners:
The owners suite is on the main deck forward and offers a King sized bed ,full bathroom with
bath and shower , an observation lounge and office with 180 degreee views forward and a walk
in dressing room .
Guest Cabins:
The two aft twins have additional Pullmans. Each Guest Stateroom has an en-suite bathroom,three with bath tubs and two with showers. The Main Salon is full width. The sky lounge on the bridge deck offers plenty of comfortable seating and a large projector. The sundeck offers a Touch and go heli pad, sauna, whirlpool and full bar. There is also a day head with shower.
CREW
She accommodates 14 crew in 6 cabins. A Captain’s cabin on the Bridge Deck, two forward cabins that sleep three crew and three remaining cabins that sleep two.

New linen and towelling throughout. 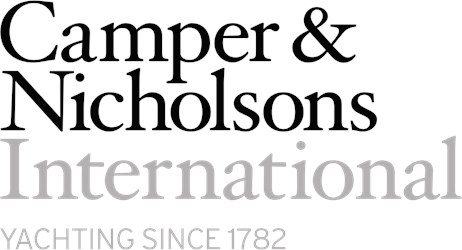