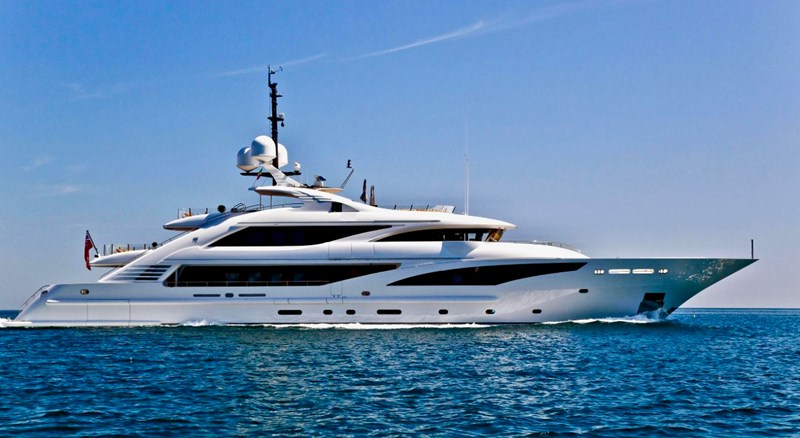 SAINT is a three decker with steel hull and aluminium superstructure characterized by Vallicelli’s profile which blends dynamism and elegance. In this case too the ever famous characteristic stern stairway hasn’t gone amiss since it is both functionally elegant and stylish.

SAINT features an impressive double staircase running from the lower deck to the sun deck. Thanks to the presence of this stairway, the whole stern area is further embellished in an

original way but also due to the “beach area” which is accessible from the stern platform through two large semi-circular cut glass doors.

MY SAINT is cool on the outside yet warm on the inside.

Result is harmonious, elegant and sober and the decor has been limited to the alternating of just two essences in function of the spaces available with special care in setting up a lighting system, which, can convey the same brightness and serene atmosphere typical of a house.

Four guest cabins are situated amidships, two of which are doubles and two are with twin beds, a fifth double guest cabin is situated slightly forward of Centre.

Speaking of the bridge, the yacht’s navigational center is faced by large reverse-leaning glass for dominating views to the horizons afar and offering great near-yacht visualization for captain and his team. The main set-up is across five large monitors able to display navigation specific information. Or simple general awareness information like viewing the security cameras strategically placed around the yacht, inside and external.

The top deck houses the modern bridge with the helm/controls station situated in a predominating position from which there’s direct access to a technical room and to the captain’s cabin with dedicated bathroom.

More open air zones are to be found along the superstructure’s bow portion on the same level of the first upper deck where forward of the bridge and helm/controls station there’s a welcoming small lounge equipped with a divan and armchairs from which to enjoy the shelter offered from the wind and from the sun by deploying a quick to install awning which has been foreseen in the project.

Comprises six staterooms and five crew cabins. The main-deck master suite includes a private salon, an office, a dressing room, a bedroom, and a generous his and her bathroom featuring Jerusalem stone in the shower and the bath. The other staterooms reside on the lower deck and include two double and three twin en suite cabins. The decor is consistent with the rest of the yacht, and a rosewood staircase joins the decks.

The Superyacht ISA Classic 50 Saint luxury interior sleeps up to 12 guests in 6 staterooms. She is also capable of carrying up to 9 crew onboard to ensure a relaxed luxury yacht experience. Timeless styling, beautiful furnishings and sumptuous seating feature throughout to create an elegant and comfortable atmosphere.

ISA Classic 50 Saint impressive leisure and entertainment facilities make her the ideal yacht for socialising and entertaining with family and friends.

MY SAINT had a refit last 2017 on following area:

All furniture fabrics and carpet on interiors areas were replaced.

Corian material Table in Kitchen area was replaced by a new model . Stoved was upgraded .

crew mess table was replaced by a corian material table. And sofa was renewed

All furniture fabrics and cushions on exterior areas was replaced . Aft cockpit was redesigned like a lounge area. Big sofa was modified and enlarged. New style of chairs and tables were added.

Dinner tables on upper and Sun deck was enlarged; new chairs was added; all wood on furniture on decks was replaced by solid teak wood.

2 new stainless steel umbrellas was installed near of Jacuzzi on sun deck:

2 Shade Canvas on sun deck and forward dinning area was replaced and 2 more shade canvas and were added on upper deck and cock pit.

SURVEY CERTIFICATION. MY SAINT Just finished Class and Flag Surveys last February month; and all certificates are ready on board; Next Survey must be requested next year 2022 early. 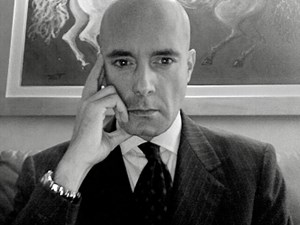